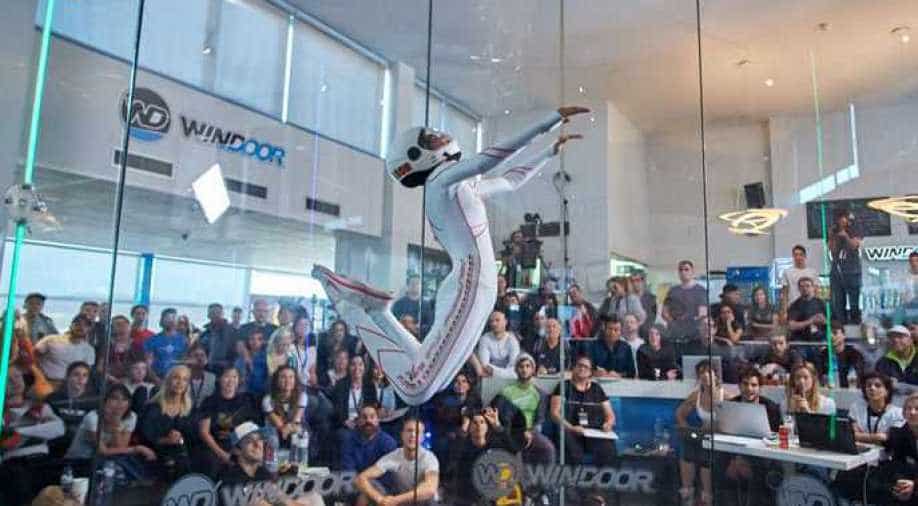 Kyra Poh - A 14-year-old gold medalist who is "World's fastest flyer" Photograph:( Others )

During the competition, each contestant was required to perform two routines, both with and without music. The contestants were judged on the basis of the difficulty and variety of their routines, along with rhythm, choreography and artistic merit.

Kyra, when doing her routines, outshined every other contestant with a difficulty rating of 8.8 (the highest among her competitors). She finished first with a total of 361.217 points ahead of Czech Republic's Jakub Harrer (349.033) and Poland's Maja Kyczynska (340.751).

Amongst all this, she also won the solo speed competition, where contestants had to perform random and compulsory routines in the fastest time possible.

Around 200 contestants in all participated in the Wind Games, which were held in Catalonia, Spain. Kyra was the smallest of them all, but she doesn’t believe that this offered her any advantage.

A lot of people think that if you're lighter, you're faster. I don't think so. Because when you're small, you have less body surface area, so you can push off less wind. If you're taller, you can push off more and have more force. -Kyra Poh

Kyra also won the gold medal in the junior freestyle category at the FAI World Cup of Indoor Skydiving in Poland last year.

Humans are not meant to fly, but that has always been my dream. Now I can fly in a tunnel, so I'm glad to find this sport. -Kyra Poh