We are showing public that we are here to play: Ashley Nurse 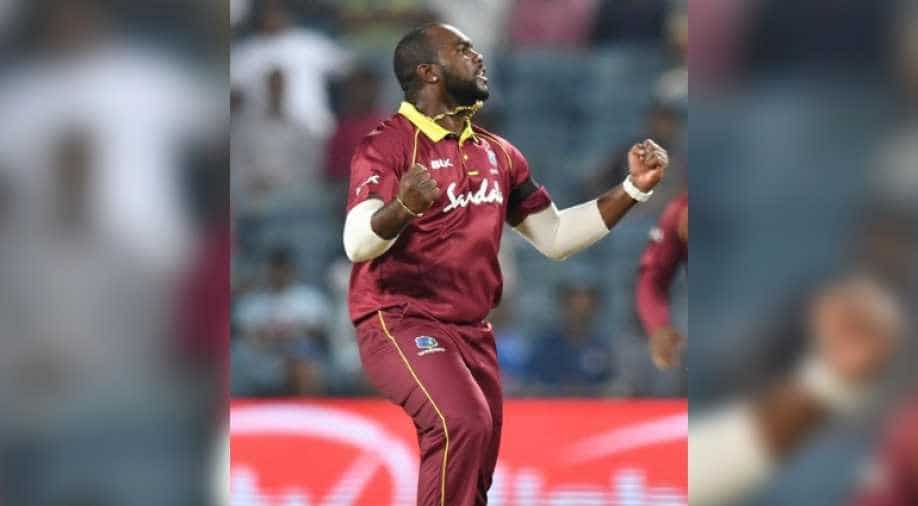 Ashley Nurse, who was awarded player of the match for his all-round performance in West Indies' 43-run win over India in the third one-day, hailed his team's efforts for the victory.

The lower batting over of West Indies squad made the difference, also Indian bowlers leaked plenty of runs in death overs that helped the guests to level the series 1-1.

Nurse, who played a crucial role in his side's win, said his team was showing the people that they are here to play.

"It was a very good performance by the boys. No one gave us a chance when we came but I think we're showing the public out here that we are here to play," Nurse told reporters at the post-match media conference.

Nurse's 22-ball 40 helped the visitors post a competitive 283-9 on the board after losing quick wickets.

He also took two crucial wickets in the middle overs with his off-spin, including that of the opener Shikhar Dhawan, helped them successfully defend the total.

It's all over here in Pune. #TeamIndia all out for 240

The series now stands at 1-1 with two games to go #INDvWI pic.twitter.com/drnpfUqfHx

"I guess it was my day. I guess I played with a lot of free spirit. When Shai got out, I had to do something because the score was not that big," said Nurse.

"Sometimes you can be the hero, sometimes it can go down to zero as well. If I get a 50-50 chance to win the game, I back myself to do it," he added.

"It's just good to see the boys play consistent cricket and giving India a run for their money," he said.

"It was a good wicket but a bit on the slower side. Don't think the wicket had any devils in it. I just thought from our side Shai got a nice 95 and Virat got a hundred for India. It wasn't a belter. You had to work for your runs but it was a pretty good wicket," he added.