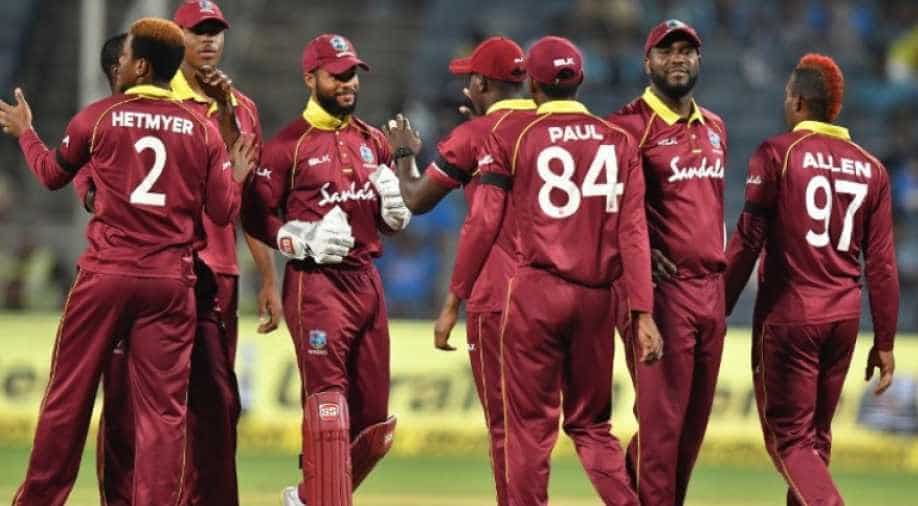 West Indies restricted India at 240 to win the third one-day match of a five-match series by 43 runs on Saturday at Pune's Maharashtra Cricket Association Stadium.

India's skipper Virat Kohli, who top-scored with 107, slammed the 38th century of his ODI career but apart from him none other batsman proved any significance.

Rohit Sharma and Shikhar Dhawan opened India's innings but Rohit lost his wicket in the second over itself.

Ashley Nurse got another breakthrough when he took Shikhar Dhawan's wicket at 35.

Ambati Rayudu and Rishabh Pant lost their wickets after scoring 22 and 24 runs respectively.

What a win for @windiescricket!@MarlonSamuels7 finishes off the job, taking a third wicket to bowl India out for 240.

Earlier, batsman Shai Hope, who top-scored with 95, and bowler Ashley Nurse made crucial contributions as West Indies reached 283 for nine.

Hope hit 6 fours and 3 sixes in his 113-ball knock to give West Indies a fighting total.

The fourth ODI is scheduled on Monday at Mumbai's Brabourne Stadium.