Opinion: Captain Rohit needs to get into batting form soon in Nidahas T20 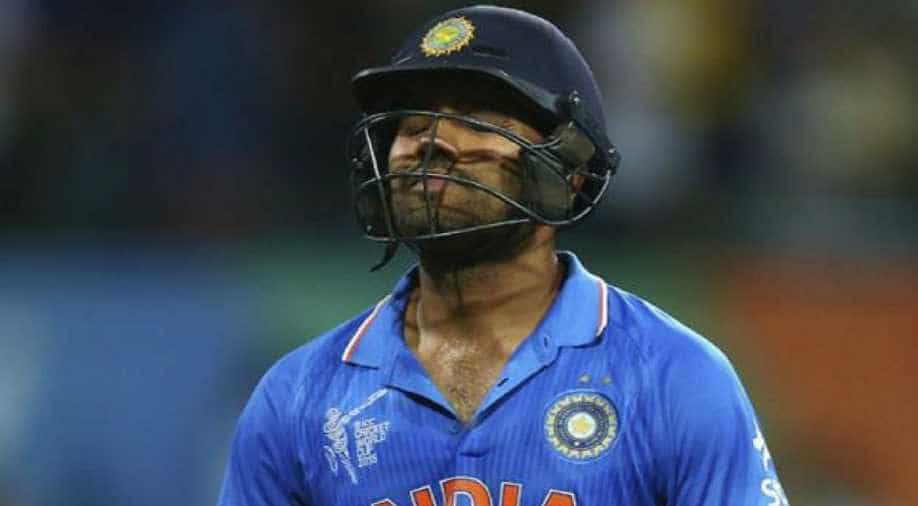 Team India has slowly begun to get into its groove in the ongoing Nidahas Trophy. They thumped Sri Lanka by 6 wickets in a truncated 19-overs a side game last night at Colombo and went to the top of the table with two wins in their kitty. Now unless something untoward happens in the remaining two league games of the series, India should be able to make its place in the final.

The victory was achieved through some proficient bowling and smart batting. After electing to field first, the Indian seamers began well and although Sri Lanka came hard, they managed to keep things in check. The wicket was sticky and the ball was gripping the surface. Batting wasn’t easy and someone needed to hold the innings together. Unfortunately, apart from opener Kusal Mendis (55 off 38 balls) none of the other batsmen showed any gumption to stay at the wicket. The Indian bowlers used good variations and bowled tight channels to reign Sri Lanka in. Eventually, Sri Lanka could only manage 152-9 in 19 overs. India’s star performers were seamer Shardul Thakur, who returned with superb figures of 4-27, and young spinner Washington Sundar who was again brilliant with a spell of 2-21.

India made light work of the chase and got there courtesy a solid unbeaten 42 by Manish Pandey and a sparkling 39 off 25 balls by Dinesh Karthik. The Sri Lankan bowlers did try and bowl well and had reduced India to 85-4 at one stage. However, India was too good and clinical last night and got to the target with 9 balls to spare.

The home team would rue their missed opportunity of batting well. After their second straight defeat, things now look dicey for Sri Lanka and their next match with Bangladesh now can become interesting if the Tigers lose against India. The Lankans need to fix their batting order and they must bat with more responsibility. Too many loose shots are being played at present by their top-order batsmen and apart from Kusal Mendis, nobody else seems to be taking responsibility of playing through the innings. The bowling needs some fine tuning as well. Akila Dananjaya was good, but the likes of Dushmantha Chameera and Nuwan Pradeep would need to pull up their socks.

India, despite their victory, has some concerns as well. Captain Rohit Sharma continues to struggle with poor form. His last seven international innings have had scores of 11, 17, 0, 11, 0, 21, and 15. The captain needs to lead from the front but Rohit, it seems, has yet again fallen into the web of inconsistency that has often been a part of his career.

Suresh Raina’s 14-ball 27 was entertaining. However, he would need to show more prudence in his batting and try and stay longer at the crease. Seamer Jaydev Unadkat, who has been bought for a whopping 11.5 crores at the IPL recently, is having a rather poor tournament. He has gone at an economy rate of 10.60 in this series and being the lead bowler of the side this is something that he simply will have to change.

These minor concerns aside, Team India would be rather pleased with their performance last night. It was a clinical show and would hold India in good stead for the remainder of the tournament. Their batting order now looks sorted and in form and the inexperienced bowling too is coming onto its own. If the captain can get his form back, then this new-look Indian team might well be unstoppable going ahead.