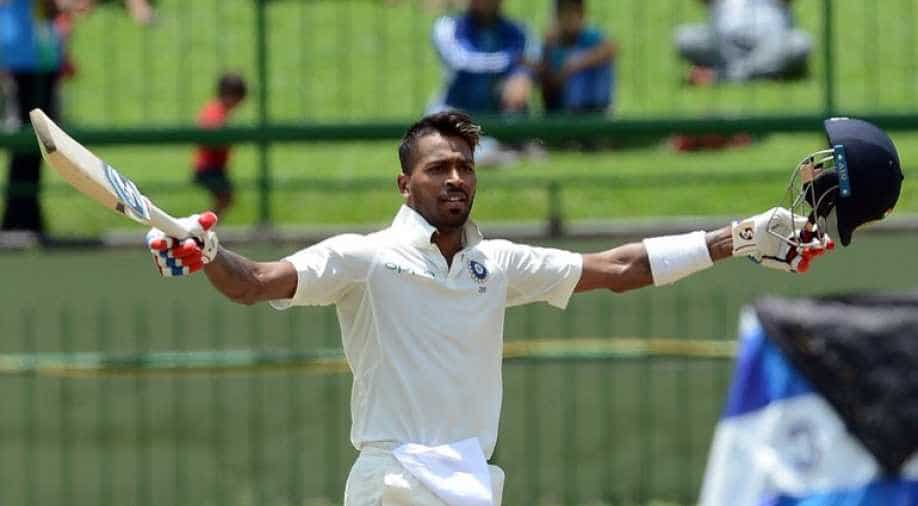 The cricketer also spoke about how he struggled before gaining recognition and how his and his brother's hard work paied off. Photograph:( Zee News Network )

Indian all-rounder Hardik Pandya recently revealed in an interview that he used to hide his car for almost two years as he could not pay the EMI.

Pandya, who also plays for Mumbai Indians in the Indian Premier League, came up through the ranks in the domestic circuit and soon found himself donning the coveted blue jersey.

The cricketer also spoke about how he struggled before gaining recognition and how his and his brother's hard work paid off.

"No one knew that we had struggled for three years when we didn't have a single penny. Saving five to ten rupees was a big trouble for us. I still remember during IPL, before that we won the national T20 in South Africa, Syed Mushtaq Ali tournament and Krunal and I got around Rs 70 thousand each. I had told my brother that we would survive on this money for some time because we were struggling for three years," Pandya told a television channel.

"We hadn't paid the EMI of our car for two years and used to hide the car as we did not want the car to be taken away. Everything we earned in those three years was about paying the EMI and having food at the table and nothing else," he said.

But life took a u-turn for Hardik, when he featured for MI in the IPL in 2015 as they lifted the title for the second time.

"God is kind. My first year with MI, we won the IPL and then I got a cheque of Rs 50 lakhs. From there, I paid off the EMI of our old car and bought a new car as well. Imagine, three months back we were struggling and fighting for money and within three months I have Rs 50-60 lakhs in my pocket. It was all about saving at that time. From there, things changed," Hardik was quoted as saying.

The Baroda all-rounder has played 37 matches for MI, scored 406 runs and recorded an impressive strike-rate of 142.45 and also has 10 wickets to his name. Apart from this, the right-handed batsman has played three Tests, 29 ODIs and 24 T20s for India and scored 178, 584 and 140 runs respectively.