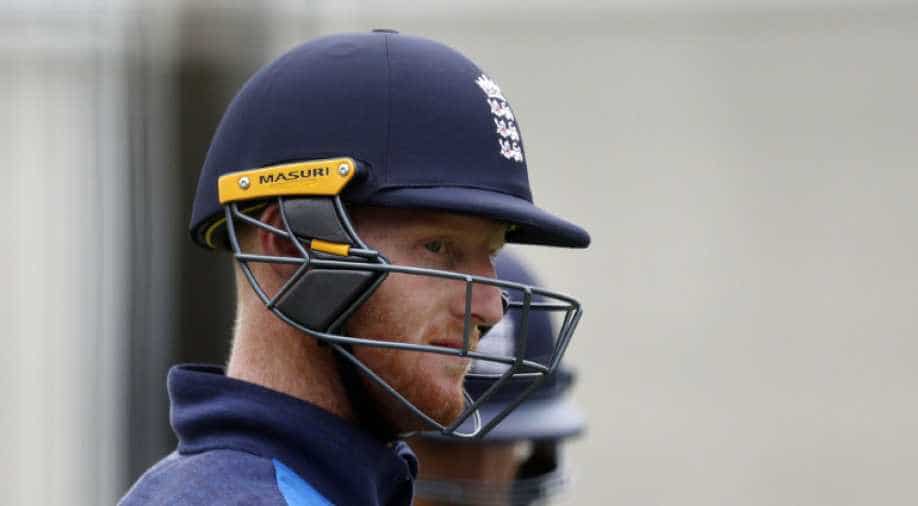 Stokes also issued an apology after a video emerged of him mimicking the disabled son of British celebrity Katie Price. Photograph:( AFP )

England cricketer Ben Stokes has lost his sponsorship contract with sportswear giant New Balance following his arrest outside a nightclub which also left his Ashes series in doubt.

Stokes, who was arrested on suspicion of causing actual bodily harm, also issued an apology after a video emerged of him mimicking the disabled son of British celebrity Katie Price.

American firm New Balance said it "does not condone" behavior by Stokes, who is also believed to be the subject of a damning video showing a man throwing multiple punches outside the Bristol nightspot.

"New Balance does not condone behavior by our global athletes that do not match our brand culture and values, and therefore we have ended our relationship with Ben Stokes, effective October 11, 2017," the company said, in a statement which was widely reported by British media.

The talismanic all-rounder's career has been plunged into turmoil following his arrest last month, which prompted his suspension until further notice by the England and Wales Cricket Board.

No final decision has been taken on whether the Test vice-captain will play the Ashes series in Australia but he will not travel with the other players on October 28, the ECB has said.

Separately, the embattled Stokes posted an apology on Twitter after his mocking impersonation of a TV appearance by 15-year-old Harvey Price, who suffers from a genetic disorder, drew strong condemnation.

"I should never have done this and I am so sorry," Stokes wrote. "It was absolutely not my intention to offend Harvey, Katie or anybody else...I do hope I can put this right."