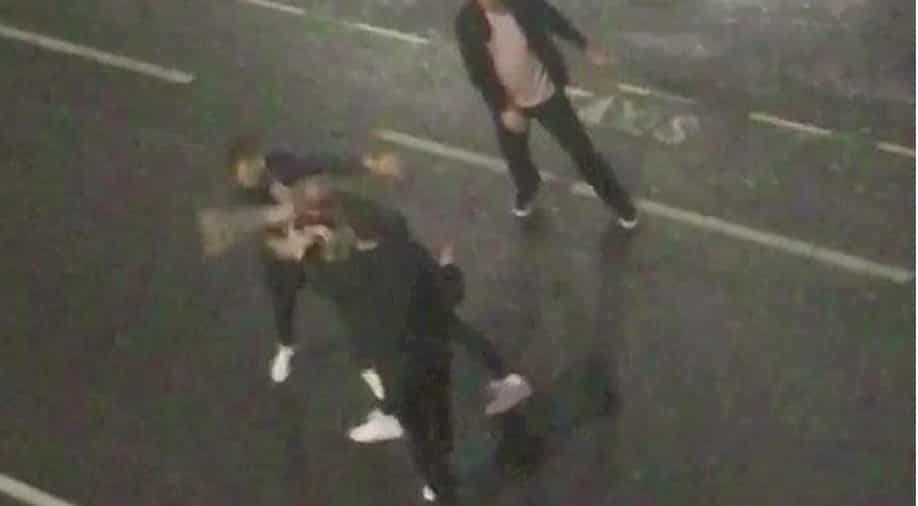 The England and Wales Cricket Board is under massive pressure to drop Stokes from the upcoming Ashes series to be played in Australia.? Photograph:( Twitter )

Benjamin Andrew "Ben" Stokes, a British international cricketer who is also the current vice captain of the English Test team has been caught on camera brawling outside a Manchester bar.

Watch the brawl below:

Ben Stokes street fight he was arrested for. Can't get away with that nowadays lad !

The Sun tabloid reported that Stokes spent the night in jail.

He was quizzed about causing actual bodily harm, but was later released on bail.

According to the BBC, the England and Wales Cricket Board have -- after reviewing the said footage -- launched disciplinary procedures against Stokes.

News reports said the Board was under massive pressure to drop Stokes from the upcoming Ashes series to be played in Australia.

A police investigation is currently underway.

The Cricket Board is waiting for their report before deciding on action against Stokes.

Ben plays as a bowler/bastman in the England middle-order and holds the record for England's fastest-ever Test double-century.

In 2017, he became the highest-paid overseas player in the history of the Indian Premier League, fetching a record contract of ?145 million.

Stokes plays for the Rising Pune Supergiants in the IPL.