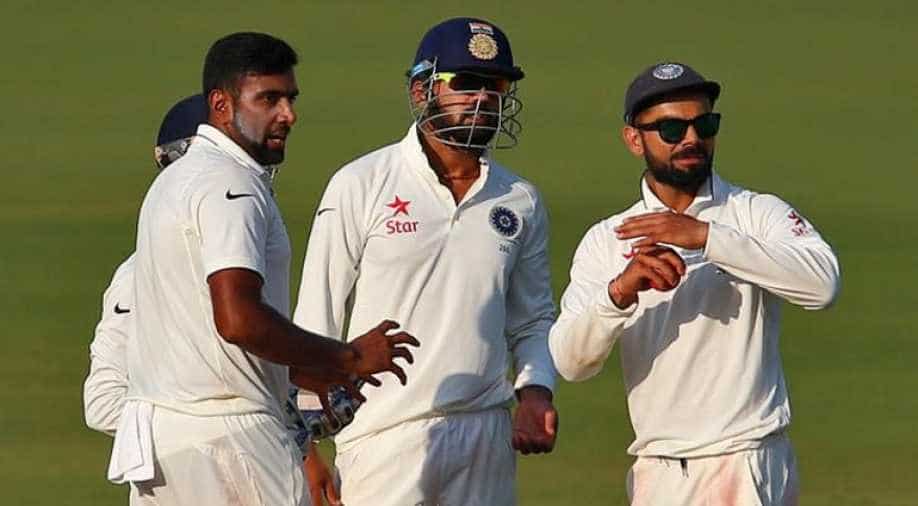 Jonny Bairstow said England had a "scrappy" opening day after his half-century remained the only bright spot for the visitors who faltered against a persistent Indian bowling attack in Mohali on Saturday.

Bairstow hit a gritty 89 to salvage some pride for England's batting after they were reduced to 87 for four in the morning session following their decision to bat first.

The visitors, who trail the five-match series 1-0, were 268 for eight at stumps with Adil Rashid (4) and Gareth Batty (0) battling on. "It's been a scrappy day but we've dealt with worse in the past and we will carry on to work hard within the game," Bairstow told reporters.

"After winning the toss, it was disappointing to lose wickets, at the same time it could have been a disastrous day as well. "We've also got to take positives from that."

Bairstow, who recorded his 13th Test fifty, built crucial 50-plus partnerships with Ben Stokes and Jos Buttler (43) to thwart the opposition's bowling.

Bairstow remained calm during his 177-ball stay at the crease before being trapped lbw off Jayant Yadav in the last half hour of play.

The batsman, who survived a seemingly close umpire review on an lbw shout off Jadeja on 72, could not overturn his own referral as the on-field umpires call was upheld. Jadeja halted England's revival twice in the innings only to see Bairstow steady the ship with his composed batting.

Jadeja got Ben Stokes stumped for 29 in the afternoon session and then denied Buttler, who batted with positive intent during his 80-ball stay, his fifty. While trudging back to the pavilion Stokes had an angry exchange of words with India skipper Virat Kohli, with the on-field umpire jumping in to pacify the two players.

"I don't know what was said, I don't get involved with all that stuff," said Bairstow. "You got to respect the fact that you have got guys out there who are very passionate, representing the country in the heat of the battle and at some point there are going to be words."

Bairstow and Buttler put on 69 runs for the sixth wicket to give England a shot of getting past the 300-run mark, a total which might prove fighting on a pitch that is expected to turn from day two. Chris Woakes' resilience ended in the penultimate over of the day as Umesh Yadav bowled him on 25.

Earlier the Indian bowlers rattled England's top order by claiming four wickets in the morning session including that of skipper Alastair Cook. The Indian quicks bowled at a lively pace after the visitors elected to bat as Umesh Yadav struck first to get teenage opener Haseeb Hameed out for nine.

Cook failed to capitalise on two dropped chances on three and 23 to eventually fall to Ravichandran Ashwin, who had dropped him the second time, for 27. "In cricket, it happens. Teammates will take brilliant catches and drop some easy ones. It's part and parcel of the game," said Umesh Yadav.

Ali and Bairstow put on 36 runs for the fourth wicket but Shami struck just before lunch to help India dominate the first session of play. Shami, who was at the receiving end of Cook's two spilt catches, got Ali to mistime a hook as the batsman was caught at fine leg for 16.