Xiaomi Redmi 5A launched in India 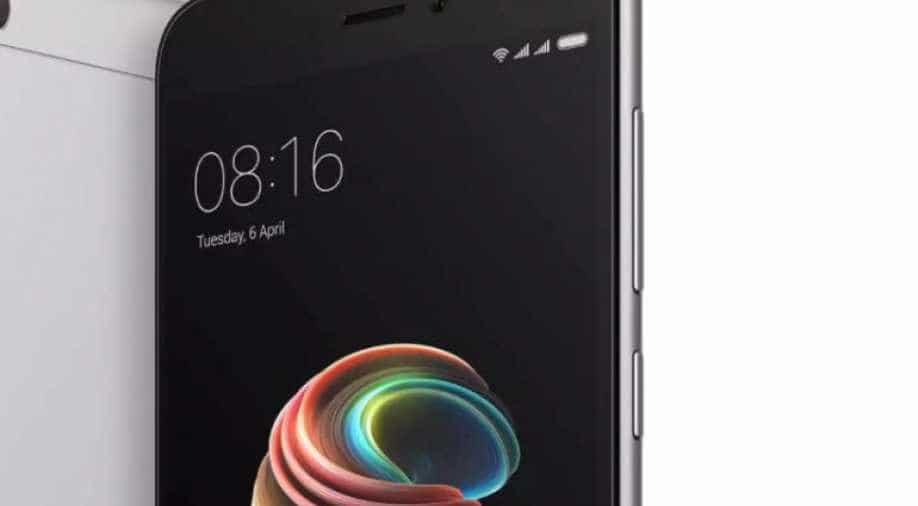 The Redmi 5A will be available from December 7 - Image via official website. Photograph:( Others )

Xiaomi's latest was unveiled on Thursday and shall be available in India at Rs 4,999 onwards, making it one of the most affordable handsets in the country. Xiaomi Redmi 5A is a successor to Redmi 4A which sold four million units within eight months of its launch.

The Redmi 5A will be available from December 7 across Flipkart, Mi.com, and Mi Home stores, followed by offline retailers including Mi Preferred Partners in the subsequent weeks.

Xiaomi Redmi 5A was previously launched in China in October and so far was being marketed as 'Desh ka Smartphone' in the country.

Reportedly, the 2GB RAM version will be made available for Rs 5,999 after its first five million unit sale.

"The Rs 1,000 discount reflects a gift from Xiaomi India towards all its Mi Fans for making the brand No 1 in the country," an official statement noted.

Redmi 5A will have a 5-inch display, 1.4GHz quadcore Qualcomm processor, 5MP front and 13MP rear camera along with a 3,000 mAh battery.

The handset is dual-sim enabled and can contain a microSD card up to 128GB.

Offering up to 8 days of standby time, Redmi 5A "comes equipped with a 13MP rear camera with Phase Detection Autofocus (PDAF) for fast focusing and a f/2.2 aperture that guarantees excellent picture clarity. It comes with a metallic matte finish, and will be available in three colours: Dark grey, Gold and Rose gold," notes the official press release.

Reliance has put up an exciting offer which will provide Xiaomi’s Redmi 5A smartphone users with free unlimited calling (local and STD), 1GB data per day and unlimited SMS.

The plan offers the free subscription for the Jio apps and comes with a validity of 28 days. Redmi 5A users will also be entitled to a Rs 1000 cashback on 12 months of continuous recharge with the Rs 199 per month plan.

The cashback will only be available in the form of vouchers worth Rs 1000 which will be credited to customers account under MyJio app.

Additionally, customers will be given 10 vouchers of Rs 100 denomination right after the end of 12 months.

A customer will need to recharge their account with Rs 199 plan every month for a year to get Rs 1000 cashback. Rs 199 plan will be available for the first 12 months.