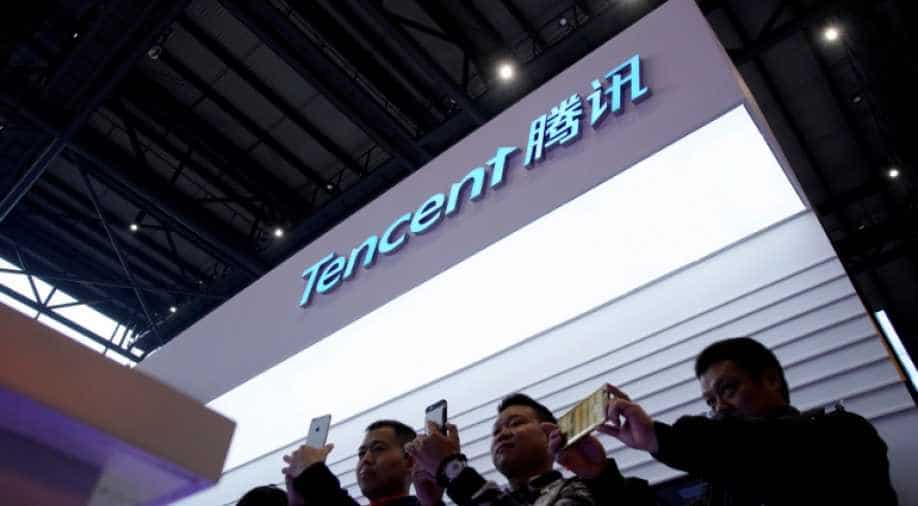 The consortium also had the option to buy on the same price basis up to 10 per cent more of UMG's share capital by January 15, 2021. The transaction gives a 30 billion euro price tag for UMG on an enterprise value basis

A consortium led by Tencent agreed to buy up to 20 per cent of Vivendi's Universal Music Group (UMG) in a deal that values the world's largest music label at 30 billion euros ($34 billion) and increases the Chinese company's clout on the global market.

French media conglomerate Vivendi said it had finalised an agreement to sell an initial 10 per cent of UMG home to artists such as Taylor Swift, Lady Gaga and The Beatles to the Tencent consortium. Vivendi added that it had started talks over the possible sale of "an additional minority share for a price which would at least be identical," without specifying a potential buyer.

The consortium also had the option to buy on the same price basis up to 10 per cent more of UMG's share capital by January 15, 2021. The transaction gives a 30 billion euro price tag for UMG on an enterprise value basis.

This initial deal would also soon be followed by a second one allowing Tencent Music Entertainment to buy a minority stake in UMG's subsidiary that houses its operations in greater China.

The agreement will allow both companies to expand in a recovering global music market, with Tencent getting more access to US artists while UMG can tap into the Asian market, which features big-selling "K-Pop" Korean pop stars.

Tencent did not immediately respond to request for comment, while Vivendi did not disclose the details of the consortium beyond saying they were "global financial investors".

Vivendi, controlled by French billionaire Vincent Bollore, is seeking to cash in on the music industry's revival, driven by a growing subscription and ad-based music streaming services.

The tie-up also builds on a partnership struck two years ago, under which Tencent can license Universal’s music for distribution over its streaming platforms.

The long-awaited deal should also boost morale among Chinese deal-makers who have had one of the worst years on record for China-outbound mergers and acquisitions (M&A), with activity plunging to a 10-year low amid trade tensions between the United States and China, Refinitiv data shows.

Vivendi shares edged up 0.3 per cent in early trading, with the final terms of the sale being in line with earlier guidance from Vivendi.

Universal was the main sales growth driver for Vivendi in the third quarter, with its revenues jumping by close to 16 per cent to 1.8 billion euros.