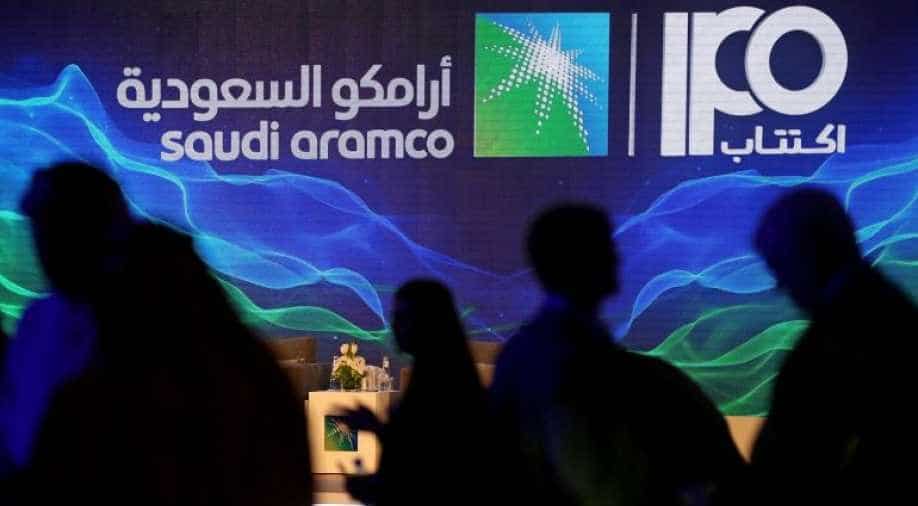 According to reports, the Armco IPO was oversubscribed three times receiving orders worth $50.4 billion.

Saudi Arabia's Armco shares surged ten per cent over the IPO price on Wednesday during in its debut in the Riyadh stock market.

The shares of the oil giant went up $9.39(35.2 riyals) up from the initial public offering (IPO) price of 32 riyals crossing the daily limit under the Tadawul exchange

Aramco raised a record $25.6 billion in its IPO last week which is Crown Prince Salman's attempt to boost funds in order to help the economy step away from oil. Prince Salman hopes to fund his "Vision 2030" to take the Saudi economy into a new era.

The astronomical rally saw the oil giants valuation soar to $1.88 trillion. The Kingdom had earlier hoped for a $2 trillion but settled below it.

The state-owned Saudi oil giant has received subscription orders for around 5.9 billion shares so far from institutions in the first 17 days of the IPO. The biggest IPO in Saudi Arabia, before Aramco, was for the National Commercial Bank (NCB) in 2013, which sought to raise $6 billion.

According to reports, the Armco IPO was oversubscribed three times receiving orders worth $50.4 billion.

Aramco had said that it would sell 1.5 per cent of the company in an IPO worth at least $24 billion which values it up to $1.71 trillion. Wednesday's surge saw its valuation break the record set by the company earlier.

In a 658-page prospectus, Aramco had said it will sell a part of its shares to institutional investors, including foreign companies, as well as to individual Saudis and other Gulf nationals.

"The targeted percentage of Offer Shares allocable to individual investors will be up to 0.5 per cent of the shares," the prospectus said.