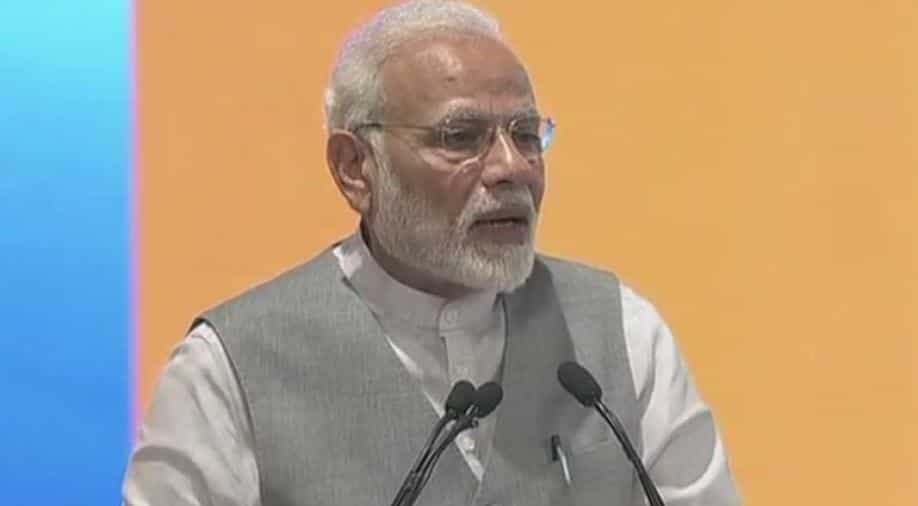 India with 400 exhibitors is the largest contingent at the event.

Prime Minister Narendra Modi will address some 30,000 people at the world's largest gathering of financial technology companies in Singapore this week and launch a banking solution for two billion people without bank accounts worldwide.

Prime Minister Modi will be in Singapore from November 14 to 15 to attend a series of summits, including the East Asian summit and ASEAN meetings.

He is scheduled to speak at the Fintech Festival which has the largest gathering of global Fintech companies and delegates ranging from the industry leaders to smaller start-ups.

He will address 30,000 people at the festival, the biggest event of its kind in the world, the organisers said. India with 400 exhibitors is the largest contingent at the event.

Designed by software experts based in Hyderabad, Colombo and London, APIX is a sophisticated technology by Boston-headquartered Virtusa, especially for smaller banks, Tier 3 and 4, to reach out to people in the remote regions.

The Prime Minister will be launching the technology at the invitation of Monetary Authority of Singapore, the International Finance Corp of the World Bank and the ASEAN Banking Association, said Nikhil Menon, Virtusa's senior vice president and Asia regional head.

APIX will support banks to reach out to those without bank accounts in 23 countries including the 10 ASEAN members as well as major markets such as India, and small nations including Fiji, said Menon.

Supporting PM Modi's presence at the festival is India Pavilion of 18 companies.

Eight of these companies are from Mumbai. The Pavilion is organised by the state-owned Maharashtra Information Technology Corp Ltd (MahaIT).

"Mumbai, as a financial hub, is also a gateway for international fintech companies to enter the Indian market," Nanda said, adding that the festival gives opportunities both to understand global market requirements and present the potential of large-scale Indian consumers.

Malaysian fintechs have expressed interest in joining Indian fintechs to venture into India, according to Tushar Shankar, co-founder of Mumbai-based PhiCommerce which is presenting PayPhi, a three-year-old cashless system of making payments.

PayPhi is a socio-economic platform enabling the simple villager to dweller in metro to make payment, he said.

The Malaysians want to tap the online buying power for Indian consumers, he said.

"We are also participating in the festival to get a deeper understanding of the global market," said Shankar.

He also highlighted that India has been drawing global fintechs' interest as it has emerged as one of the largest system-based payment markets.