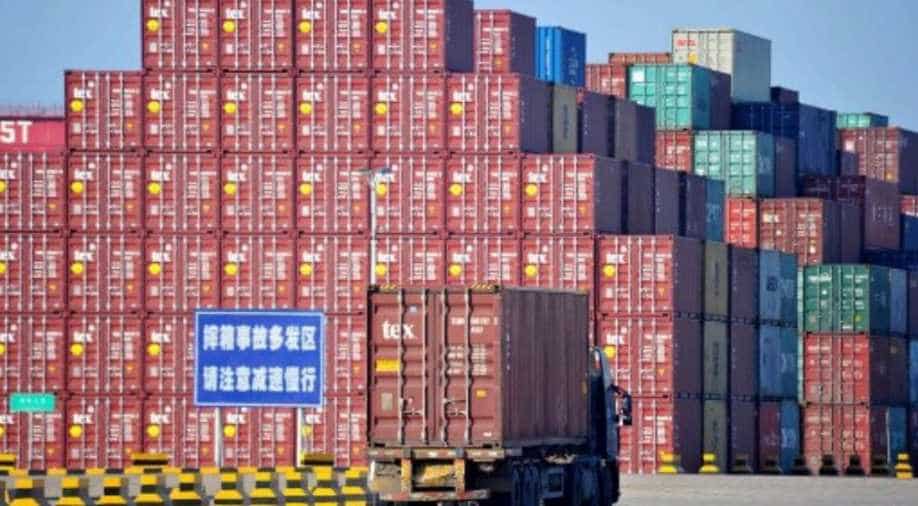 Crude oil imports, adjusted for inflation and seasonal changes, were the lowest since records began in 1994, reflecting increased domestic supply, as America transformed in recent years to become the world's largest producer.

That put the United States on track for the first drop in the annual deficit in six years, likely reflecting the damage to international commerce from the US-China trade conflict and a sluggish global economy.

Lowering the deficit has been a chief goal of President Donald Trump's aggressive trade policy but whether the decline will be sustained remains in question.

The drop should help lift GDP growth for the final months of 2019 but falling imports are not necessarily a good sign, as it can be a sign of a weakening domestic economy.

The trade gap - the difference between what the United States buys from and sells to international trading partners - fell 8.2 per cent in November to $43.1 billion, even lower than economists had expected and the lowest since October 2016, according to the Commerce Department data.

Imports fell 1.7 per cent to $251.7 billion for the month, the lowest level in more than two years, as Americans purchased fewer mobile phones, artwork, civilian aircraft, and computers.

Crude oil imports, adjusted for inflation and seasonal changes, were the lowest since records began in 1994, reflecting increased domestic supply, as America transformed in recent years to become the world's largest producer.

Autos and parts bucked the trend, with imports rising $1.1 billion.

Exports rose but not enough to compensate for the drop in imports, rising 0.7 per cent to $208.6 billion, as Americans shipped out more drilling and oilfield equipment, jewellery and gems, autos and aircraft engines.

Even that modest gain put exports at a new record.

But imports of services, an area where the United States typically enjoys an advantage over foreign competitors, also hit the highest level ever.

Ian Shepherdson of Pantheon Macroeconomics said the plunge in the US deficit was not sustainable, particularly because US demand is much stronger than the import figures suggest.

"This can't last; we expect a rebound over the next few months, likely starting in February," he said in an analysis.

Some tariff rates on Chinese goods are due to fall that month as part of the partial deal announced in December between the United States and China.

Trump announced that Washington and Beijing are due to sign a partial agreement in Washington next week, halting the escalation in their trade conflict of nearly two years.

But many of the trade barriers remain, including retaliatory tariffs on some US goods.

Despite the November increase,  Shepherdson said US exports are "struggling," Shepherdson said. He noted that excluding oil and aircraft, foreign goods sales had actually fallen sharply, which was in line with survey data pointing to continued declines.

The US trade deficit has not decreased on a full-year basis since 2013, but over the first 11 months of 2019, it dropped 0.7 per cent compared to the same period in the prior year.

Economists say falling imports could partly reflect the steep tariffs Trump imposed earlier this year on Chinese imports, even though last month he cancelled plans for what threatened to be the most painful round of duty increases yet.

Watch: Trump says 'all is well' after Iran's missile attack

In November, the goods trade deficit with China fell 7.8 per cent compared to October, and it is down 16 per cent since the start of the year.

With Mexico, however, the goods deficit continued to rise, growing 8.7 per cent compared to October, marking a year-to-date increase of nearly 28 per cent.

Trump likens the trade deficit to stealing from America, but economists do not share this view, saying the United States does not produce enough domestically to meet its own needs.