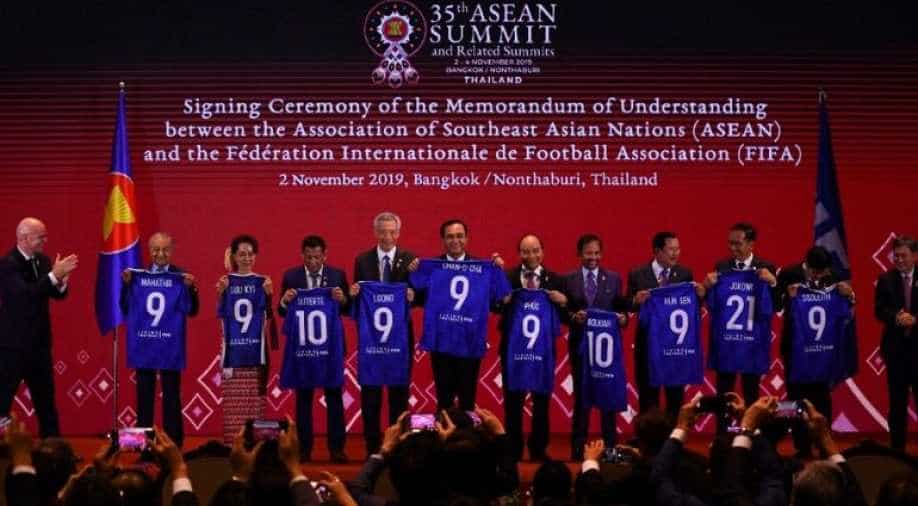 The signing of the world's largest trade pact will likely be kicked back to 2020, according to a draft statement by Southeast Asian leaders, delaying a deal craved by China to offset a painful tariff war with the US.

The 16-nation Regional Comprehensive Economic Partnership (RCEP) spans from India to New Zealand and includes 30 per cent of global GDP and half of the world's people.

Objections by India have dashed hopes of finalising the pact at this weekend's Association of Southeast Asian Nations (ASEAN) summit in Bangkok, where members of the 10-nation bloc have been joined by the premiers of India and China.

"Most market access negotiations have been completed and the few outstanding bilateral issues will be resolved by Feb 2020," said a draft agreement obtained by AFP.

Negotiations have sputtered for several years, but the statement said the text of all 20 chapters was now complete "pending the resolution of one" member, believed to be India.

But it said all members were "committed to sign the RCEP" next year in Vietnam, which will take over the ASEAN chair.

New Delhi is worried its small businesses will be hard hit by any flood of cheap Chinese goods creating "unsustainable trade deficits" -- Indian Prime Minister Narendra Modi said in an interview published by the Bangkok Post.

Beijing sees RCEP as a central pillar of its trade strategy for its Asian neighbourhood, and it is backed by the leaders of ASEAN and who represent a 650 million-strong market.

Concluding the deal has been made more pressing by the brutal tit-for-tat trade war with the US, which has chipped back at the growth in China, the world's second-largest economy.

RCEP, which includes the 10-nation ASEAN bloc along with China, India, Japan, South Korea, Australia and New Zealand, accounts for 40 per cent of global commerce.

The tit-for-tat tariffs lobbed by the US and China on billions of dollars worth of goods could drag growth to the lowest rate in over a decade, according to the IMF.

US President Donald Trump said he hopes to sign a deal with China's Xi Jinping in order to roll back some of the tariffs, telling reporters over the weekend an agreement could be signed in the US state of Iowa.