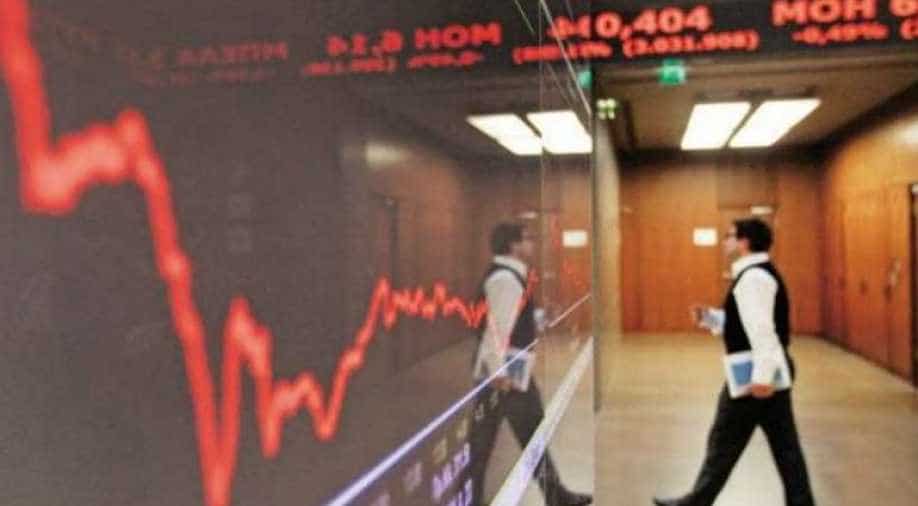 Most Asian markets fell in early trade Monday on dimming hopes for a deep interest rate cut by the Federal Reserve, but all the firms on a new tech-focused board in China rallied on its opening day.

Traders took a step back after last week's gains as the New York Federal Reserve tempered comments from its president John Williams who had suggested the central bank would cut borrowing costs by 50 basis points at its policy meeting this month.

Bets that the Fed will only reduce rates by 25 points provided support to the dollar against most high-yielding, riskier currencies.

On equity markets, Tokyo ended the morning 0.3 per cent lower and Hong Kong was off 0.6 per cent.

Shanghai fell 0.7 per cent, with investors in China piling cash into companies listed on the country's new Nasdaq-style board.

Twenty-five stocks debuted on the Shanghai Stock Exchange's Sci-Tech Innovation Board dubbed the STAR Market in which listing and trading rules have been eased to help channel funding to start-ups.

Anji Microelectronics Technology (Shanghai) Co. was one of the stand-out performers, soaring more than 300 per cent

There will be no limits on price movements for the first five days of trading, after which a daily 20 per cent band is imposed. China's main exchanges are subject to a 10 per cent band to contain volatility.

Oil up on Iran worries

Singapore, Manila and Jakarta were also lower, though Wellington and Taipei edged up while Sydney and Seoul were flat.

There was some upbeat news for investors as China's Xinhua news agency said importers had started an arrangement to buy US agricultural goods, a week after Donald Trump warned he could impose more tariffs if Beijing did not move quickly enough on the trade talks.

Trump and Xi Jinping agreed last month at the G20 to resume talks, with the Chinese leader promising to buy more farming goods from the US.

"If we see China begin to follow through on their G20 sidelines promise, we could see the US follow up with some leniency on Huawei," said Edward Moya, senior market analyst at OANDA. "Both sides don’t want to admit, but they are politically motivated to wrap up this trade deal this year."

On oil markets, both main contracts pressed high as tensions in the Gulf were raised by Iran's seizure of the UK-flagged tanker on Friday.

The news provided support against a weak global economic outlook and concerns about demand.

"Falling global demand and rising US stockpiles have helped turn oil charts very bearish, but that may not last as tensions remain high in the Persian Gulf," said Moya. "If Iran keeps on seizing tankers in the Strait of Hormuz, the risks to the military conflict will grow."