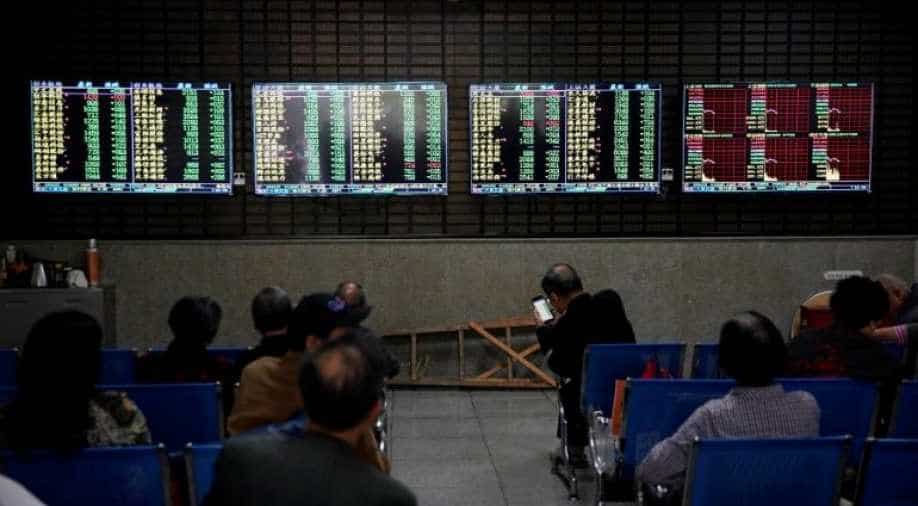 After a highly anticipated meeting on the sidelines of the G20 summit Saturday, the US president said negotiations to resolve the standoff between the world's two biggest economies were 'back on track' and threatened new levies on Chinese goods would be held off.

Asian markets surged Monday after Donald Trump and Xi Jinping agreed to restart trade talks, reviving hopes of an end to their tariffs war, while oil prices also rallied on news that Saudi Arabia and Russia will extend their output caps.

After a highly anticipated meeting on the sidelines of the G20 summit Saturday, the US president said negotiations to resolve the standoff between the world's two biggest economies were "back on track" and threatened new levies on Chinese goods would be held off.

While there had been a quiet sense of optimism the talks would end with an agreement to return to the negotiating table, the apparent concession on Huawei took some by surprise and provided some extra buying support.

The news was much-needed after Trump sparked volatility in early May with his shock decision to hit China with new tariffs and halt talks that had seemed to be nearing a positive end.

"After spending the better part of two months in trade war purgatory and with G20 done and dusted, risk markets have responded to Saturday's events in a reveller tone," said Stephen Innes at Vanguard Markets.

"Indeed, investors heaved a massive, but exhausted, sigh of relief that both the US and China opted to push the reset button and restart trade negotiations amidst other pleasantries -- now we'll have to see whether it all sticks."

Shanghai jumped 2.1 per cent in the morning while the Chinese yuan climbed to its strongest level in almost two months. Soft factory activity data indicated continued weakness in the world's number two economy, though analysts said the readings could press the central People's Bank of China to unveil fresh stimulus measures.

Tokyo ended the morning 1.8 per cent higher, Singapore rallied 1.2 per cent and Taipei was 1.5 per cent higher, with Sydney, Seoul, Wellington and Manila also higher. Hong Kong was closed for a public holiday.

Oil prices were also on a roll, with both main contracts jumping more than two per cent as the Trump-Xi agreement came with news that Russia and OPEC cartel kingpin Saudi Arabia had agreed at the G20 to extend a deal to limit output.

Innes added that "even with some long-term uncertainty on US-China trade leaking into the equation, I think medium-term risks to oil prices remained skewed to the upside, as Middle East tension continues to percolate, and we anticipate more easing from the PBoC. Both positives for oil prices".

The optimistic tone hit demand for safe-haven gold, which sank below $1,400.