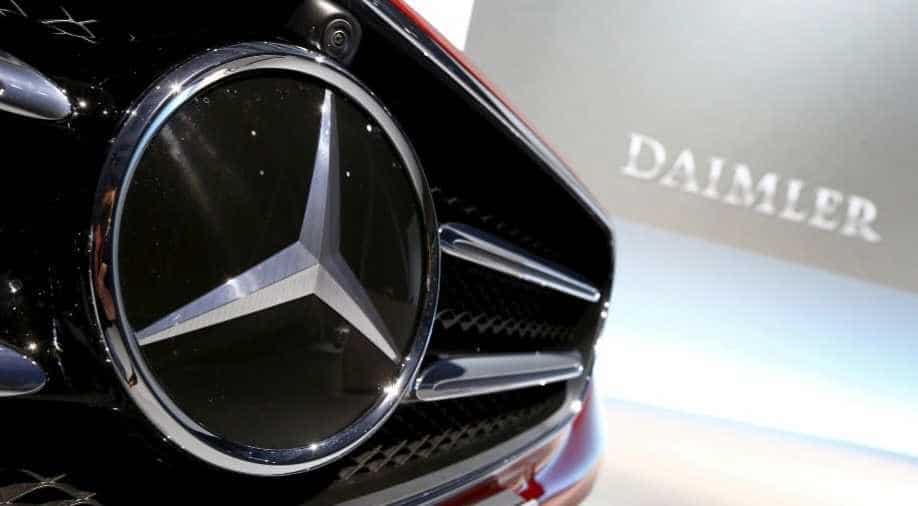 The Mercedes-Benz maker said it wanted to save 1.4 billion euros ($1.5 billion) in staff costs by the end of 2022 as it joins rivals in investing huge sums in the greener, smarter cars of the future.

Luxury automaker Daimler said Friday it would scrap at least 10,000 jobs worldwide, the latest in a wave of layoffs to hit the stuttering German car industry as it battles with a costly switch to electric.

The Mercedes-Benz maker said it wanted to save 1.4 billion euros ($1.5 billion) in staff costs by the end of 2022 as it joins rivals in investing huge sums in the greener, smarter cars of the future.

"The total number worldwide will be in the five-digits," Daimler personnel chief Wilfried Porth said in a conference call about the job cull.

He declined to give a more detailed breakdown.

The group said in an earlier statement that "thousands" of jobs would be axed by the end of 2022, after clinching a deal with labour representatives.

The cull includes slashing management jobs "by 10 per cent", Daimler said, reportedly amounting to some 1,100 positions around the world.

"The automotive industry is in the middle of the biggest transformation in its history," Daimler said.

"The development towards CO2-neutral mobility requires large investments," it added.

Along with other manufacturers, Daimler is scrambling to get ready for tough new EU emission rules taking effect next year, forcing it to accelerate the costly shift to zero-emissions electric cars and plug-in hybrids.

The group, which employs 304,000 people globally, said the job cuts would be achieved through natural turnover, early retirement schemes and severance packages.

Other major car companies have in recent months already unveiled plans to cut some 30,000 jobs in the sector over the next years.

US car giant Ford plans to scrap some 5,000 jobs in Germany alone.

But auto bosses have said thousands of new, hi-tech jobs will also be created in the electric era to make cars more autonomous and connected.

German automotive expert Ferdinand Dudenhoeffer has said he believes the German car sector -- which currently employs 800,000 people -- will shed 250,000 jobs over the next decade.

Daimler returned to profit in the third quarter and said it was expecting 2019 revenues to be "slightly above" last year's, while operating profit would be "significantly below" the 11.1 billion euros in 2018.

Adding to Daimler's woes this year were expensive recalls linked to faulty Takata airbags and to diesel cars allegedly fitted with software to dupe emissions tests.

While the company has staunchly denied cheating, it nevertheless agreed to pay an 870-million-euro fine in Germany for having sold vehicles that did not conform with legal emissions limits.