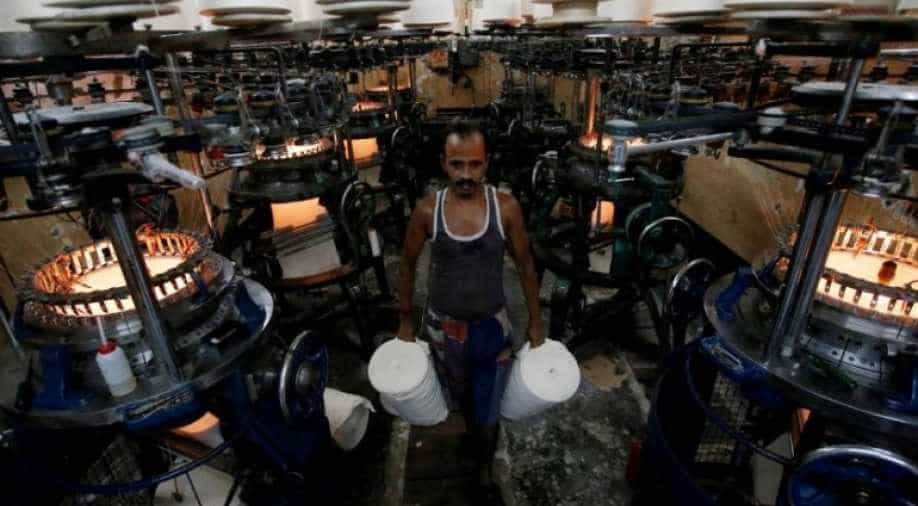 Praising attempts to liberalise markets within India, Hans Timmer, World Bank Chief Economist for the South Asia Region said, 'that is what is needed to become more competitive.'

India's economic growth in recent years has been "too much" driven by domestic demand and its exports were about one-third of its potential, a World Bank official said, asserting that the next government needs to focus on export-led growth.

Praising attempts to liberalise markets within India, Hans Timmer, World Bank Chief Economist for the South Asia Region said, "that is what is needed to become more competitive."

"At the same time you've seen also of the last couple of years that the current account deficit widened - an indication that increased growth came from the non-tradable sector -- from the domestic sector, and that makes it difficult to export more," Timmer told PTI in an interview.

The polling for the first phase of seven-phase parliamentary polls in the country is scheduled to take place on April 11, with the last phase on May 19 and the results will be announced on May 23.

In the last five years, he said, India's overall growth was "too much" driven by domestic demand, which resulted in double-digit growth of imports, and four to five per cent growth in exports.

"In more recent months, that turned around somewhat. But the broader picture was that that's a minus," he said.

"The pluses were that we have seen the GST trying to create more flexibility within the country so that it's easier to trade between states. That's what you need if you want to trade also with foreign countries," he said.

Responding to a question, the World Bank official said the focus of the next government should be on reducing the stimulus of domestic demand.

"That would be one. I think looking at trade liberalisation on the import side - that would be another to create more competition. I would look at what people feel like an impediment in the labour market. Is it difficult to go to those new jobs? What about the startups of young people? do they feel restrictions or not? he said, adding that it is also about female labour force participation.

"I think, the most important thing is the understanding that you need export-led growth because that's where you increase productivity when you compete in international markets; that's where you gain knowledge by interacting with competitors and with customers abroad. And so, it is that mindset," the top World Bank official said.

India, Timmer said, is exporting only 10 per cent of its GDP.

"What they should have exported is 30 per cent of the export of GDP, given all their characteristics. India is a big country, so normally a big country doesn't export that much in per cent of their GDP because when you're small you're a lot more open.

"But even for India, 30 per cent would have been normal if you look at the experience of other countries. It's only 10 per cent. So that's an enormous gap. And the gap is widening in the last couple of years," he told PTI.

According to him, friction between India and Pakistan is unhelpful to the trade and economic growth in the region.

The latest report of the World bank on South Asia, he said, asserts that the economic underperformance of South Asian countries is mainly because they are locked on fundamental issues within the domestic economies that have prevented the countries to become much more export-led as one sees in East Asia.

Trade liberalisation, flexible labour markets skills, trying to address the big problem of the difference between the formal economy and the informal economy, he said are some of his recommendations for the South Asian countries.

Responding to a question, Timmer said the South Asian countries need to learn from China.

"The fact that China has been so competitive for so long means that China did something right whereas South Asia didn't do it right. There was a clear focus in China to have export-led growth and to integrate into global markets. And you see a sharp increase in productivity at all. This is not an explanation that we couldn't compete. Somehow, the Chinese did it better than South Asia," he said.

The top bank official asserted that China is a "big opportunity" for South Asia.

"The slowdown in China is not a cyclical slowdown. It's not because they don't demand any more. They are slowing down because of the supply side. They're running out of cheap labour in general because of their success. They are no longer that competitive, and they have now that policy that they want to rebalance their economy much more towards domestic services, less towards exports," he said.

That means that it has become easier to export to China which is very important, Timmer said.

"It has become easier to compete with the Chinese. So for me China is, what is happening at the moment, is a big opportunity for South Asia," he stressed.