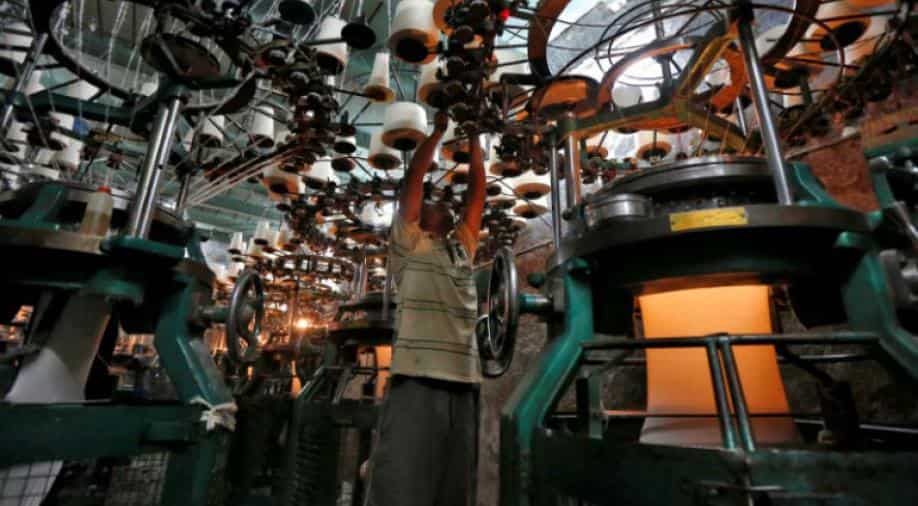 India has retained the tag of fastest growing economy in the January-March quarter, with its Gross Domestic Product (GDP) clocking an impressive 7.7 per cent growth rate as against 5.6 per cent, 6.3 per cent and 7.0 per cent respectively, in the first three quarters of 2017-18.

According to government data released on Thursday evening, India surpassed China's growth of 6.8 per cent in the January to March quarter..

Rapid growth in agriculture (4.5%), manufacturing (9.1%) and construction sectors (11.5%) contributed to the overall growth, according to the government data.

The growth forecast for the coming financial year is however tapered down to 6.7 per cent. At the sectoral level, the growth rate for agriculture & allied sectors, industry and services sectors for the year 2017-18 are estimated at 3.4 per cent, 5.5 per cent, and 7.9 per cent respectively.

Thursday's data is likely to be a welcomed by Prime Minister Narendra Modi, who is set to seek a second term next year.

To help businesses tide over multiple taxation, his government launched a nation-wide goods and services tax but a widely-criticised implementation of the GST nearly scuttled India's growth prospects in the near term.

"Seems like we have moved beyond the teething troubles related to GST implementation," said Tushar Arora, a senior economist at HDFC Bank. "The pick-up in investment activity is also a good sign."

The faster pace of growth in the latest quarter might also strengthen expectations for a rate hike by the Indian central bank when it reviews monetary policy next week.