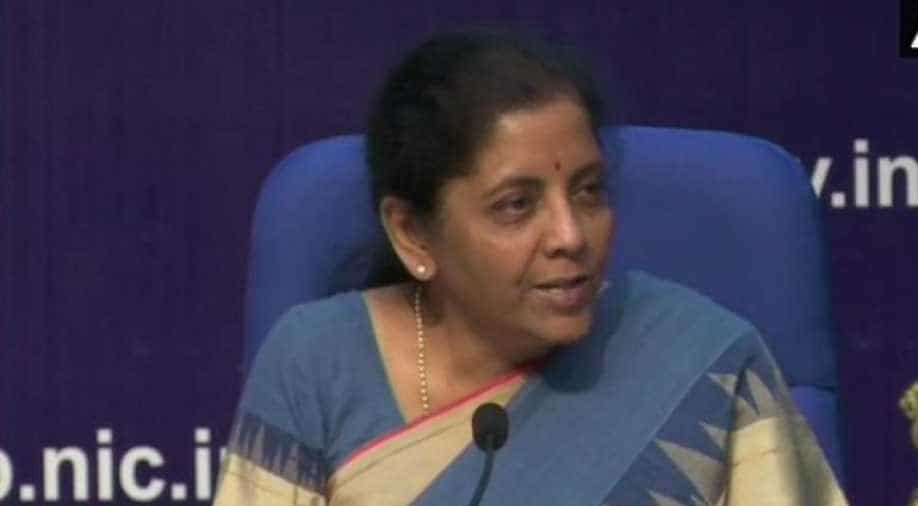 The GST on caffeinated beverages has increased from 18 per cent to 28 per cent besides an additional 12 per cent cess.

After announcing a cut on corporate tax rate earlier in the day, Finance Minister Nirmala Sitharaman announced revised GST tax rates on a range of good and services ranging from precious stones, hotel tariffs, automobiles among others.

GST on caffeinated beverages has gone up from 18 per cent to 28 per cent besides an additional 12 per cent cess.

Finance Minister Nirmala Sitharaman after meeting of 37th GST Council meeting in Goa: GST rate on slide fasteners has been reduced from 18% to 12%, marine fuel 18% to 5%, 12% to 5% on wet grinders consisting of stone as a grinder, & 5% to nil on dried tamarind. pic.twitter.com/RWzrhF8gYE

In a bid to boost the defence sector, specified defence items have been exempt from GST. The council also recommended reducing GST on cut and polished semi-precious items to 0.25 per cent from 3 per cent.

Services and goods for FIFA and other specified persons for organising Under-17 Women's World Football Cup in India and supply of goods and services to United Nation's Food and Agriculture Organization (FAO) for specified projects have also been exempted, the Finance Minister announced.

The revised GST rates would become effective from October 1, 2019.

The finance minister, earlier in the day, announced cutting the corporate tax rate to 25.17 per cent from 30 per cent and scrapped the minimum alternative tax for domestic companies.

Prime Minister Narendra Modi hailed the move and described it as a "win-win for 130 crore Indians".

The prime minister said that the move will attract private investment from all across the world.

"It will give a great stimulus to #MakeInIndia, attract private investment from across the globe, improve the competitiveness of our private sector, create more jobs and result in a win-win for 130 crore Indians," the prime minister tweeted out.