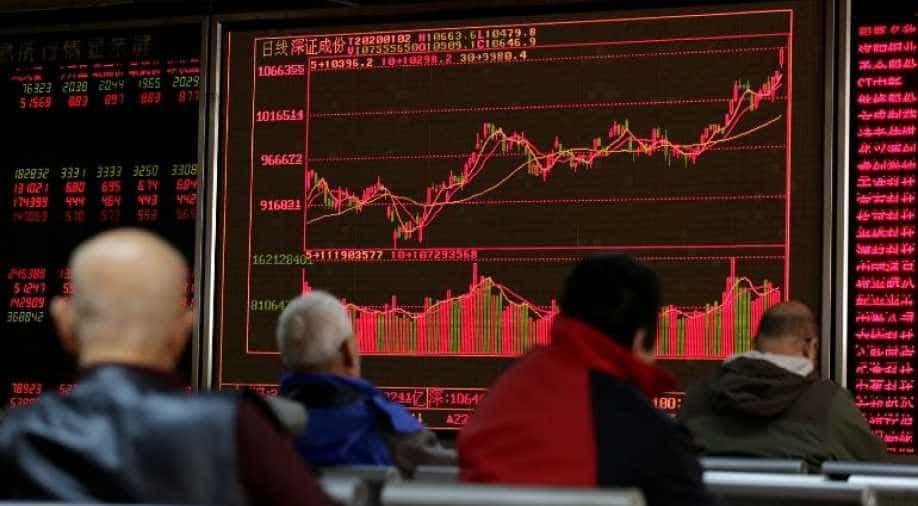 China reported more cases of the disease on Friday, with finance leaders from the Group of 20 major economies meeting in Saudi Arabia over the weekend set to discuss risks to the global economy stemming from the outbreak.

Shares across the world fell on Friday and were set for their worst week in four as investors dumped riskier assets for the safety of bonds and gold, with coronavirus cases in China and elsewhere spreading.

China reported more cases of the disease on Friday, with finance leaders from the Group of 20 major economies meeting in Saudi Arabia over the weekend set to discuss risks to the global economy stemming from the outbreak.

Though investors have been sanguine about the long term economic risks from the virus, a steady drip of new cases in countries beyond China has kept worries gnawing away, with South Korea on Friday recording over 50 new cases.

Europe's broad Euro STOXX 600 fell 0.3 per cent, with indexes in London and Paris down 0.5 per cent and 0.3 per cent respectively.

"It's risk-off - bonds are being bought again and hedges are being put into play at the moment," said Olivier Marciot, investment manager at Unigestion.

Not helping the nerves were manufacturing surveys underscoring the grim state of the Japanese economy.

Japan's purchasing managers' index dropped to 47.6 in February, from 48.8, marking the steepest contraction in seven years.

British numbers were due out at 0930 GMT.

Gold and US bonds were among the main beneficiaries as funds sought safety.

Yields on 30-year US Treasuries fell below the psychologically important 2 per cent level to the lowest since September 2019.

Yields on 10-year notes were down 9 basis points for the week at 1.498 per cent, lows last seen in September.

Ten-year German government bond yields fell to a four-month low, with the entire yield curve on the cusp of turning negative. The entire Dutch yield also returned to negative territory.

"US and EU equity markets have been sold across the board with core global yields benefiting from safe-haven flows," said Rodrigo Catril, a senior FX strategist at NAB.

Underscoring the economic impact from the coronavirus, the International Air Transport Association (IATA) estimated losses for Asian airlines alone could amount to almost $28 billion this year, with most of that in China.

Corporate earnings are increasingly under threat as US manufacturers, like many others, scramble for alternative sources as China's supply chains seize up.

The MSCI world equity index, which tracks shares in 49 countries, fell 0.2 per cent, while MSCI's broadest index of Asia-Pacific shares outside Japan slipped 1 per cent.