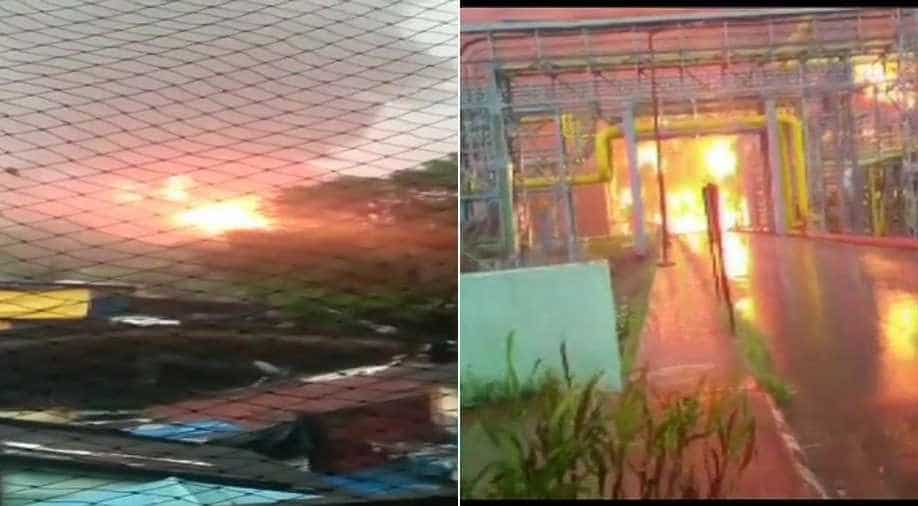 The fire broke out at the cold storage at the ONGC plant in Uran area of Navi Mumbai.

At least five people were killed and several injured after a massive fire broke out at the Oil and Natural Gas Corporation's (ONGC) plant in Navi Mumbai area of Maharashtra on Tuesday.

Reports suggest that the ONGC fire service and crisis management team has been called into the spot.

The fire broke out at the cold storage at the ONGC plant in Uran area of Navi Mumbai.

The fire has reportedly been contained according to the power company after 2 hours of firefighting.

"The fire is being contained. No impact on oil processing. Gas diverted to Hazira Plant. The situation is being assessed," the oil explorer said in a tweet.

Gas from the plant has reportedly been diverted to the Hazira plant.Eight others who have been injured in the fire have been admitted to a hospital.

The area around the plant has been cordoned off.