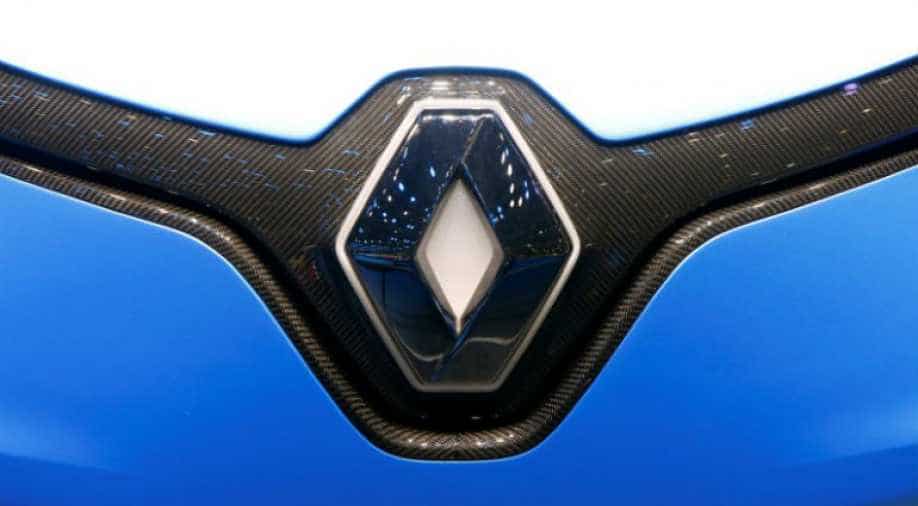 File photo: The logo of Renault is seen during the 87th International Motor Show Photograph:( Reuters )

Fiat Chrysler has made a "transformative merger" proposal to French peer Renault, the Italian carmaker said on Monday, in a deal which would create a world leader and help address some of the weaknesses in both Renault and Fiat.

Pressure for consolidation among carmakers has grown with the challenges posed by electrification, tightening emissions regulations and expensive new technologies being developed for connected and autonomous vehicles.

The deal being discussed would include guarantees covering corporate governance and employment in France and Italy, the French daily said.

Pressure for consolidation among carmakers has grown with the challenges posed by electrification, tightening emissions regulations and expensive new technologies being developed for connected and autonomous vehicles.

Earlier this year FCA Chairman John Elkann - a member of Italy's Agnelli dynasty that controls the company - stressed the family's commitment to the automotive industry. But he also added that they were prepared to take "bold and creative decisions" to help build a solid and attractive future for the company.

FCA has a highly profitable North American RAM trucks business and Jeep brand but has been losing money in Europe, where it may also struggle to keep pace with looming carbon dioxide emissions curbs.

Renault, by contrast, is an electric-car pioneer with relatively fuel-efficient engine technologies and a strong presence in emerging markets, but no U.S. business.

The tie-up would likely face political and workforce hurdles, particularly in Italy. However, most of FCA's European plants are running below 50% capacity.

A deal between FCA and Renault would not preclude a consolidation of Renault's alliance with Japanese carmaker Nissan Motor Co Ltd , a source told Reuters on Saturday.

The Renault-Nissan partnership, underpinned by cross-shareholdings, has been strained by the scandal surrounding former Chairman Carlos Ghosn, who was ousted after his arrest last year.

Speculation about the future of Fiat Chrysler, often seen as a potential M&A target, intensified after the sudden death of long-serving former CEO Sergio Marchionne almost one year ago.

Market closing: Investors lose over 2 lakh crore in a day