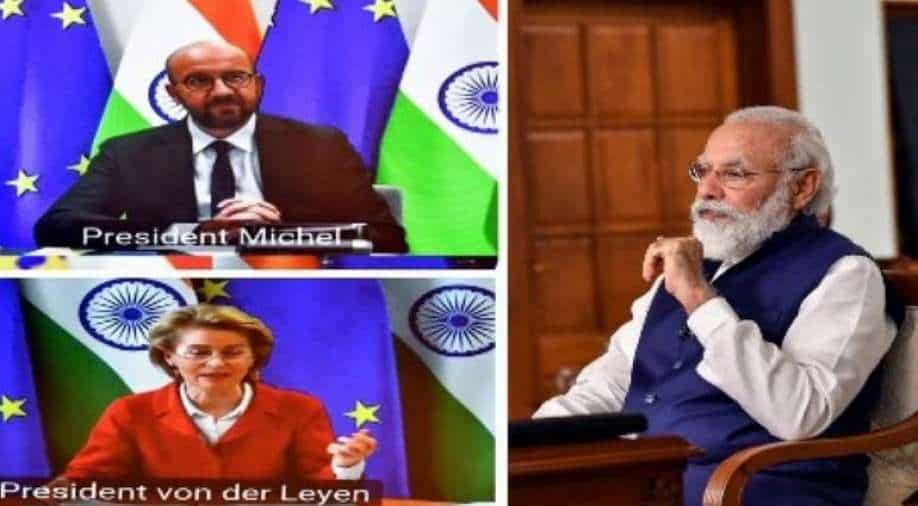 The EU and India were set to bolster warming ties at a virtual summit Saturday by relaunching long-stalled trade talks and agreeing to work together against the coronavirus pandemic battering the south Asian giant.

The devastating wave of infections sweeping India has already impacted the meeting by forcing Prime Minister Narendra Modi to scrap plans to fly to Portugal to see his European counterparts.

But the 27-nation bloc and the world's largest democracy remain determined to capitalise on growing momentum for tighter relations fuelled by shared concerns over the rising might of China.

"I am positive that we will be able to do a major step forward because between the EU and India there is a close relationship, but also a lot of untapped potential," European Commission President Ursula von der Leyen said as EU leaders gathered in Porto.

"The most untapped potential is in trade and investment."

EU countries have sent medical equipment and drugs worth an estimated 100 million euros ($120 million) to India as part of international efforts to help it fight against the flood of COVID-19 cases.

The focus on the virus at the summit will be on making sure the two vaccine-producing powerhouses can maintain global supplies and monitoring the spread of variants, as well as on trying to plan together to tackle future pandemics.

"We obviously need to work together to continue our efforts to ramp up production, secure the necessary raw materials, and keep supply chains open," a senior EU official said.

"Leaders are going to commit to working together, to better prepare for and respond to global health emergencies, and this clearly includes strengthening and reforming the World Health Organization."

Von der Leyen said the two sides would agree on a "common platform" on sequencing the Covid-19 virus to help keep track of any new variants that may emerge.

Modi could also push the EU on waiving patents for COVID-19 jabs after the US threw its weight behind the proposal.

European Council chief Charles Michel said the bloc was willing to discuss the initiative once a concrete proposal was "on the table", but leaders have expressed scepticism about lifting patents.

While the pandemic casts a long shadow over the summit, the key announcement is the restarting of talks on a free trade agreement that have been suspended since 2013.

Von der Leyen said talks would restart on a trade pact and begin on separate deals to protect investments and regionally-specific products.

She said that the two sides would also look to cooperate on developing cutting edge technologies including Artificial Intelligence and supercomputers.

Negotiations on the trade deal were halted eight years ago after getting stuck on issues including cutting tariffs and access for Indian workers to Europe.

'Elephant in the room'

It remains to be seen if India is now willing to drop an approach viewed as deeply protectionist by the EU to seal a deal this time around.

"It won't be easy or quick to reach," an official from the bloc told AFP.

But growing tensions with China could create a new impetus for talks, with one diplomat calling Beijing "the elephant in the room".

For the EU, the push to restart negotiations comes as efforts to ratify an investment deal agreed with China that hit the buffers after relations soured over tit-for-tat sanctions.

"India for its part has also decided to invest more in its relations with the EU, driven in part by China's growing assertiveness and Brexit, requiring New Delhi to no longer see London as its sole entry point into 'Europe'," EU foreign policy chief Josep Borrell wrote in a blog post.

Britain's departure from the bloc has also created another rival for Brussels as London makes its own play to bolster trade ties with India.

The British government said Tuesday it would start formal free talks with India later this year after the two sides agreed on an initial package to boost trade and investment.