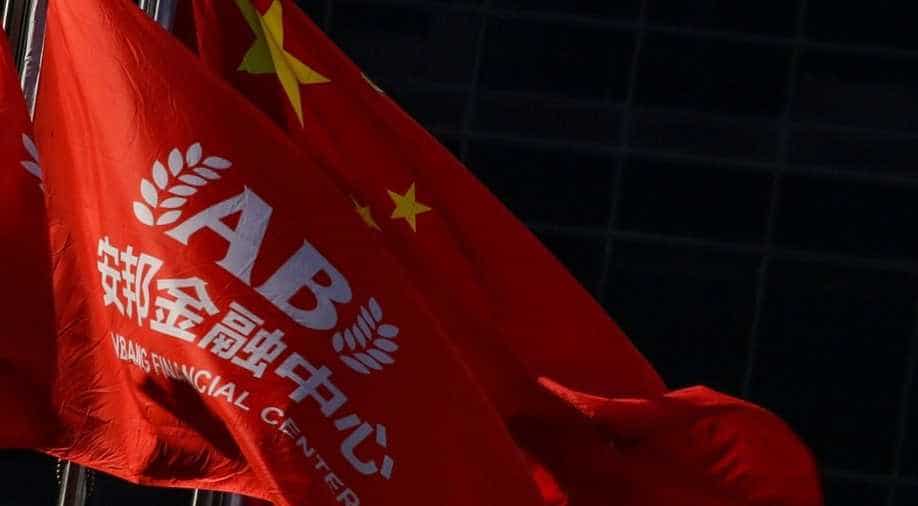 A company flag and the Chinese national flag fly outside the headquarters of Anbang Insurance Group in Beijing, China. Photograph:( Reuters )

In December last year, Anbang tried to sell Chengdu Rural Commercial Bank for 16.8 billion yuan. However, Anbang withdrew the offer in January without mentioning any reason.

Once Chinese conglomerate and now state-owned group, Anbang Insurance Group made it second attempt to offload the lender as it put 35% stake in Chengdu Rural Commercial Bank for sale for 16.5 billion yuan ($2.4 billion).

In December last year, Anbang tried to sell Chengdu Rural Commercial Bank for 16.8 billion yuan. However, Anbang withdrew the offer in January without mentioning any reason.

The group was taken over by the government last year.

The planned sale comes as China attempts to tame financial and credit risks among the country's smaller lenders while Anbang, once among China's most aggressive dealmakers, conducts a slew of asset sales.

According to a report by Reuters, the potential investors include Chengdu Xingcheng Investment Group, a local government-backed investment vehicle.

In February 2018 the Chinese government seized control of the previously high-flying Anbang as part of a campaign to curb financial risk in the aftermath of a massive asset-buying spree by a handful of private-sector conglomerates.

China's financial regulators have also pushed local governments to take the lead in managing crises that have flared up among small lenders. Five regional banks have been hit by management or liquidity problems this year.

In the event of multiple bids for Anbang's stake in the bank, the Beijing Financial Assets Exchange will conduct an auction that will conclude on Feb. 1, the filing said.