China, Japan way ahead of India in new gas race 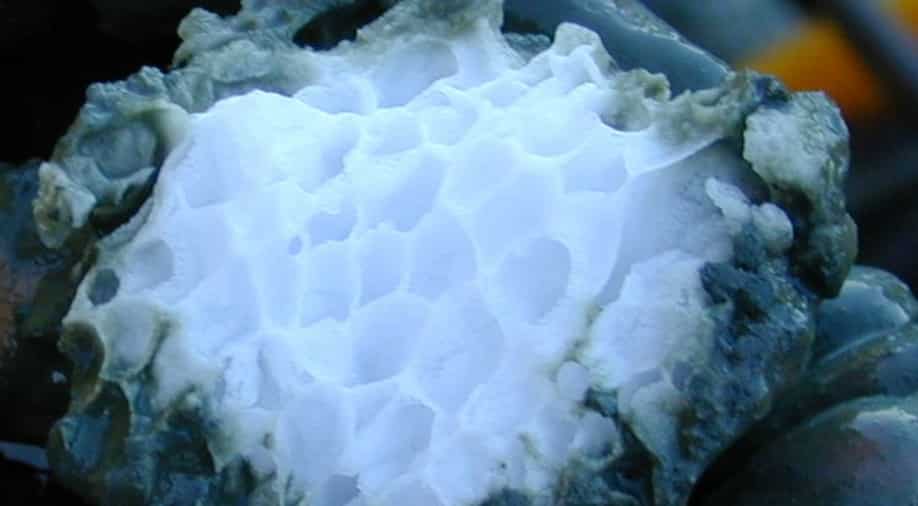 Methane hydrate (above) could become the world's next biggest fuel Photograph:( Others )

Methane hydrate is one of the world's largest untapped sources of energy, with reserves twice that of coal, oil and natural gas combined. It is usually found under the ocean bed, but because of difficulties involved in recovering it, it has not been exploited so far.

Countries such as China and Japan are increasingly making attempts to tap these reserves in their waters. Could India take a leaf out of their book and make use of this resource?

The motivation for China and Japan

China produced at least 10,000 cubic metres of methane for eight days in a row at their mining project in the South China sea. Japan is trying to better this by producing gas for four weeks in a test well off the coast of central Japan.

Japan was actually the first to extract methane with an offshore platform back in 2013, but the flow lasted less than a week before problems crept in.

China is especially motivated to develop this technology because it is the second-largest importer of crude oil in the world. Japan is in a similar predicament, as it is presently the world's biggest importer of liquefied natural gas.

Right now extracting methane is not technically viable, let alone being commercially viable. But the progress made by China and Japan shows that day is not far away. In fact, Japan is hoping to produce methane on a commercial scale 10 years from now, by 2027.

Why methane hydrate matters for India

There are potential reserves of methane hydrate in these basins (WION)

In fact, a gas reserve was discovered two years ago in 2015 in the Krishna-Godavari basin off the eastern coast of India. The reserve is said to have a potential four trillion cubic metres of gas and there are said to be more reserves in the Mahanadi and Andaman basins in the Bay of Bengal.

Given how India could be the world's third-biggest consumer of energy by 2020, it would do well to meet growing demand by tapping this huge resource just off its shores.