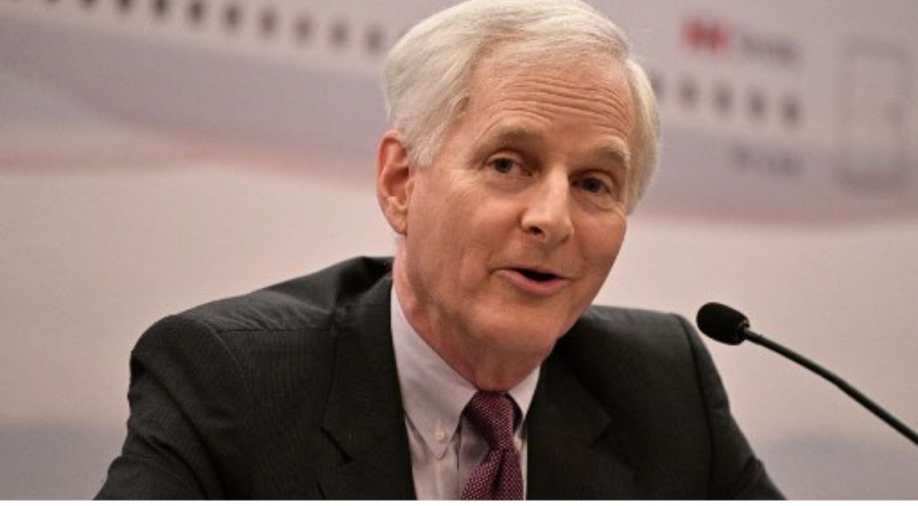 Cathay shares had closed 7.2% higher on Wednesday as the Hong Kong market was lifted by reports of the withdrawal of a controversial extradition bill.

Shares in Cathay Pacific Airways Ltd fell nearly 4% in early trade on Thursday following the resignation of its chairman after the market closed on the previous day.

The departure of John Slosar was announced less than three weeks after mounting Chinese regulatory scrutiny led to the shock exit of its chief executive, Rupert Hogg.

Cathay shares had closed 7.2% higher on Wednesday as the Hong Kong market was lifted by reports of the withdrawal of a controversial extradition bill, which was officially announced after the market closed.

Long-serving Swire Pacific Ltd executive Patrick Healy was appointed as Cathay's new chairman on Wednesday following the resignation of Slosar, who had served in the role since 2014.

"As John would have retired soon anyway it's not really a huge setback as a business," an analyst said of Slosar's departure. "However it's always awful to see when politics dictate like this."

The analyst, who was not authorised to speak publicly about personnel changes, said he believed if the political situation in Hong Kong stabilised, the situation at Cathay should as well.

Daiwa Capital Markets analyst Kelvin Lau said the extradition bill's withdrawal was positive for Cathay, even though protests were not expected to end immediately.

"We expect this to be a turning point where the situation would at least not worsen," he said in a note to clients, adding that recent personnel changes at the airline should satisfy the requirements of the Chinese regulator and were likely to instil confidence among customers.

China's aviation regulator last month said crew who engaged in the anti-government protests in Hong Kong posed a threat to the safety and should be suspended from staffing flights to the mainland and over its airspace.