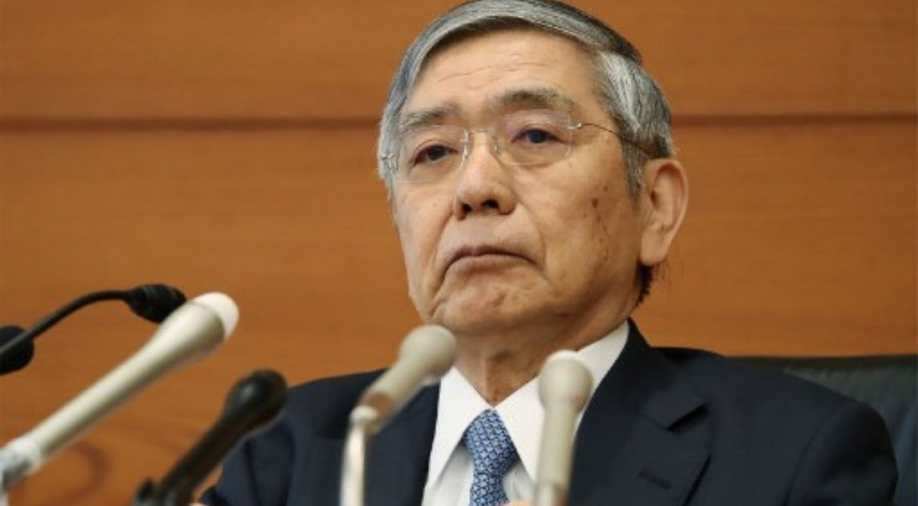 Kuroda said while Japan's economy was sustaining momentum to achieve the BOJ's 2 per cent inflation target, risks surrounding the overseas economy were heightening.

Bank of Japan Governor Haruhiko Kuroda said cutting interest rates further into negative territory is among the bank's policy options, according to an interview with the Nikkei newspaper published on Friday.

Cutting rates "further into the negative zone is always an option," the newspaper quoted him as saying in the interview, held on Thursday.

Kuroda said while Japan's economy was sustaining momentum to achieve the BOJ's 2 per cent inflation target, risks surrounding the overseas economy were heightening.

"There are various things we can do, such as combining various tools or enhancing them," Kuroda was quoted as saying on what the BOJ could do if it were to ease again.

But Kuroda also stressed that the BOJ must take into account the impact any policy change could have on Japan's banking system and financial market functions.

Life insurers and pension funds have seen the return on their investments decline significantly due to falling long-term yields, which could hurt consumer sentiment, he said.

Kuroda also said yields on super-long Japanese government bonds with maturities of 20 or 30 years have "fallen a bit too far."

Markets are rife with speculation the BOJ could ease policy as early as this month to fend off an unwelcome yen spike that could be caused by expected monetary easing steps by the US Federal Reserve and the European Central Bank.

But some BOJ policymakers are wary of ramping up stimulus due to the rising cost of prolonged easings, such as the strain years of ultra-low interest rates are inflicting on financial institutions