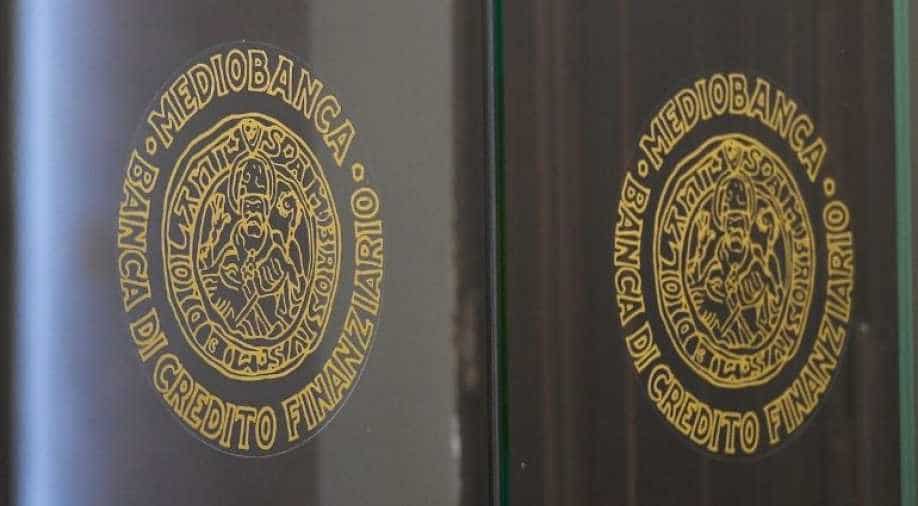 At stake is the future direction of Mediobanca, a venerable institution more than seven decades old.

One comes from a wealthy family, attended Milan's best schools and has spent all his career engineering mergers at Mediobanca, Italy's most influential investment bank.

The other was raised in an orphanage and was too poor to go to high school but at 84 is Italy's richest man, having built the world's biggest eyewear group from scratch.

Mediobanca's boss Alberto Nagel, 54, and Leonardo Del Vecchio, who in less than two months has become the bank's top investor, are squaring off in a battle for control that is rattling the world of Italian finance.

At stake is the future direction of Mediobanca, a venerable institution more than seven decades old. Billionaire tycoon Del Vecchio says Mediobanca should reduce its focus on consumer finance and instead beef up its traditional investment banking business through acquisitions.

Del Vecchio, chairman of Ray-Ban maker EssilorLuxottica, unexpectedly built a stake of 7 per cent in Mediobanca in mid-September - only informing Nagel of his move hours before issuing a statement.

Last week he raised his holding to just under 10 per cent, and four sources close to the matter said he was planning to go higher still - which would require approval from the European Central Bank. One of the sources said he was aiming for as much as 20 per cent.

Representatives for Del Vecchio were not immediately available to comment for this story.

The tycoon's bold move on Mediobanca has echoes of the corporate intrigue in the so-called "salotto buono", or fine drawing-room, the informal club that has pulled the strings incorporate Italy since 1945 and had Mediobanca at its centre.

So far, he has kept his cards close to his chest when it comes to motive.

But in brief, remarks that were widely viewed as a direct challenge to Nagel's strategy, he said last month Mediobanca should rely less on contributions from its consumer credit business and its most prized asset - insurer Generali.

He also said Mediobanca was too small, having missed out on a number of possible deals.

The relationship between the pair has deteriorated quickly from 2017 when Mediobanca advised Del Vecchio on the 48 billion euro Luxottica-Essilor merger.

A turning point appeared to come last year when Mediobanca, a leading shareholder in a Milanese cancer hospital, blocked a 500-million-euro investment that Del Vecchio wanted to make in the hospital using his own charity firm which would have seen a unit named after him.

Del Vecchio's ultimate goal behind the Mediobanca's stake-building and management's criticism is to have more control over the future of Generali, including through possible cross-border deals, according to three of the sources close to the matter.

Del Vecchio blames Nagel, as well as Generali's CEO Philippe Donnet, for what he sees as Generali's poor share price performance compared with rivals like Germany's Allianz or France's Axa, the people said.

While he would favour a tie-up with a foreign group, he wants to ensure Generali's Italian identity is preserved, they added.

Mediobanca is the biggest shareholder in Generali with a 13 per cent stake in Europe's third-largest insurer, which accounts for about 30 per cent of the bank's operating profit. Del Vecchio is also a Generali investor, with a 4.8 per cent stake.

Nagel has dismissed Del Vecchio's criticism and on Tuesday said he would build on his current strategy to drive growth from Mediobanca's wealth management and consumer credit businesses under a plan through to 2023.

Some bankers say Del Vecchio seems to be longing for a return to the "salotto buono" past when influential families acted as the power brokers of corporate Italy through interlinked minority stakes.

"Del Vecchio is looking at the old days with a sense of nostalgia," said a banker at a global investment bank who is close to Generali. "But what's the point of turning back the clock? Mediobanca has evolved into a more structured and transparent financial institution."

Executives at rival banks Mediolanum, which owns 3.3 per cent of Mediobanca, and Intesa Sanpaolo have been supportive of Nagel.

Nagel, who has been chief executive of Mediobanca since 2008 after starting his career there in 1991 at the age of 26, has steered the Milanese bank away from its historic role as a financial holding company.

He has unwound a web of cross-shareholdings that had become conduits for contagion during the financial crisis, selling some 5 billion euros of minority stakes in top companies since 2013.

Meanwhile, he expanded into wealth management through the launch of Che Banca! and a string of mid-sized acquisitions, and boosted the bank's consumer finance business.

Yet Del Vecchio's criticism that Mediobanca lacks scale has some merit, some banking sources told Reuters, adding the bank faced increased competition on its investment banking turf from UniCredit and Intesa's Banca IMI as well as foreign rivals.

UniCredit Chief Executive Jean Pierre Mustier appeared to take a swipe at Nagel this weekend, having sold down his lender's 8.4% stake in the bank last week.

"Mediobanca was managed well during the crisis," he said in an interview with la Repubblica newspaper. "But today it's not easy to do investment banking in Europe, and like for the rest of the sector, new ideas will be needed."