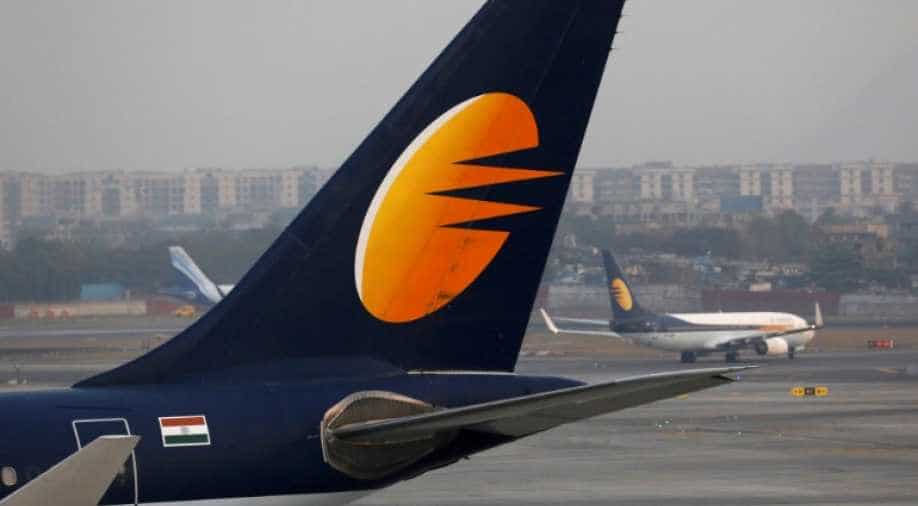 The decision of the lenders to seek bankruptcy process through the NCLT comes exactly two months after the airline stopped flying on April 17, after being on the fringe since last July.

Harried bankers Monday decided against an outright sale of Jet Airways to the lone bidder, instead voted to send it for bankruptcy to recover their Rs 8,000 crore dues.

The once largest private sector airline started over 25 years ago by airline-ticketing-agent-turned-entrepreneur Naresh Goyal, stopped flying on April 17 after it ran out of cash and the unpaid lessors took away most of its 100-odd operational airplanes.

The decision of the lenders to seek bankruptcy process through the NCLT comes exactly two months after the airline stopped flying on April 17, after being on the fringe since last July.

The nascent bankruptcy process has been fraught with inordinate delays with only a fraction of the cases have been resolved within the timeline, while the asset in on the books of the once the largest airliner are just fraction of its dues which run into over Rs 36,000 crore.

After a meeting of the 26 lenders here Monday, SBI in a statement said, "after due deliberations, the lenders have decided to seek resolution for Jet Airways under the bankruptcy code since only a conditional bid was received".

The statement further said the move was necessitated as the prospective investor wants some Sebi exemptions for a possible deal which can be worked out better under the bankruptcy laws.

The Etihad-Hinduja consortium had reportedly shown interest but not given a concrete proposal yet, forcing the lenders to take the NCLT plunge as they have asked for a large haircut from the lenders.

The decision also comes amidst reports of Goyal being put on a lookout notice by federal law enforcement agencies and also launching a money-laundering probe against him.

The grounding of Jet Airways, which was the largest full-service carrier left over 23,000 employees unpaid for months in the lurch, and also sent airfares soaring by over 40 per cent on average. And even after two months, prices are yet to normalise.

As the cash crisis worsened and lenders refused any lifeline to the airline under promoter chairman Goyal, who was forced to give up control on March 25, when lenders had in principle agreed to infuse Rs 1,500 crore for equity. But that never materialised, as bankers were chary of the fate of the February 12 circular of the RBI which was being heard at the Supreme Court.

Finally, on April 2, the apex court struck down the contentious circular, sealing the bank-led process to resolve the crisis at the airline.

The Abu Dhabi carrier Etihad has been holding 24 per cent in the airline since November 2013 after investing Rs 2,062 crore but is not interested in increasing the stake further or having management control of the airline.

With the March 25 resolution, Etihad's 24 per cent stake was halved and it lost its board representation as well along with Goyal and his wife Anita.

Anyway, the airline remains an asset only as a legal entity as its liabilities far outweigh the negligible assets. While its liabilities and debt are over Rs 36,000 crore, the only key assets are its two Heathrow airport slots and the minority stake in its loyalty programme called JPMiles.

Also, most of its domestic airport slots have been given away to other airlines by the government and so are some of its slots at some key international airports.

On the aeroplane assets side, Jet had only 16 on its book as the rest of its 123 fleet were on lease and most of them have been de-registered and taken away by the foreign lessors already.

The Jet shares are at multiyear lows and plunged 17 per cent Monday after exchanges last week put curbs on trading in its stock on June 12. In the past three trading sessions alone, the stock lost as much as 55 per cent of its value.

Monday the stock dived close to 17 per cent to close Rs 68.30 on the BSE with a market cap of just under Rs 776 crore, whose benchmark also plunged 1.25 per cent.

When banks converted a part of their debt into equity when the stock was trading over Rs 250 apiece. The conversion price was fixed at a nominal Re 1, though.

With bankers now opting for NCLT, the fate of the previous petitions from two operational creditors seeking bankruptcy could be expedited.

On June 10, two operational creditors--Shaman Wheels and Gaggar Enterprises-- had taken the airline to the Mumbai bench of the NCLT seeking bankruptcy and on June 13 the tribunal, which is yet to admit the petitions put off the matter for further hearing to June 20.

It can be noted that on April 8 through 12, bankers had put the airline on sale-offering 33 to 75 per cent stake-of which the lenders own 51 per cent now-to interested parties and received four preliminary bids.

The bids came in from two private equity players-TPG and Indigo Partners and also from Etihad Airways and the national sovereign wealth fund NIIF. But none of them chose to submit financial bids. The lenders had initially put May 30 deadline to complete the sale process.

In the run-up to the crisis, the Tatas, which already run two airlines--the full-service Vistara and the no-frills carrier AirAsia India with eponymous Malaysian group--had shown interest to take it over but since Goyal insisted on staying back as chairman the proposal did not materialise.

The same also reportedly led to the above four bidders to force the lenders to reject his bid piggy-ridding on a foreign investor.