Asian shares fall as bets off on sharp US rate cuts 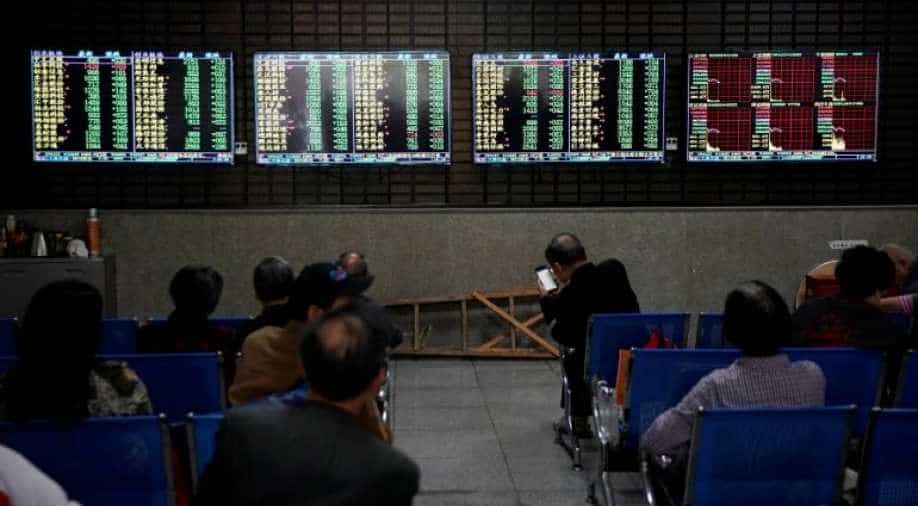 Asian shares fell on Monday after strong US jobs data tempered expectations for a Fed rate cut, while the Turkish lira hovered near two-week lows on worries about central bank independence.

Share sentiment was also dampened by US investment bank Morgan Stanley's decision to reduce its exposure to global equities due to misgivings about the ability of policy easings to offset weaker economic data.

MSCI's broadest index of Asia-Pacific shares outside Japan lost more than 1%, with every market in the red.

South Korea's KOSPI was off 1.8% and Australian shares slipped about 1% to a five-week low.

"We are lowering our exposure to global equities to the range we consider 'underweight'," Morgan Stanley's London-based strategist Andrew Sheets said in a note. The previous range was 'neutral'.

Expensive valuations and pressure on earnings were among the reasons for the downgrade, Sheets said, while the bank increased its exposure to emerging markets sovereign credit and safe haven Japanese Government Bonds.

Global equities have generally been bolstered by expectations that central banks will keep interest rates at or near record lows to boost economic growth.

Those expectations were tempered by a US labour report that showed nonfarm payrolls jumped 224,000 in June, beating forecasts for 160,000, in a sign the world's largest economy still had fire.

Given the strength shown in that data, investors now expect US Federal Reserve chair Jerome Powell to go slow on rate cuts this year.

Bets for aggressive Fed easings are already off, with the market now pricing 27 basis points easing this month, from 33 basis points prior to payrolls.

Powell will provide further cues on the near-term outlook for monetary policy this week at his semi-annual testimony to the US Congress.

There was some positive news on the protracted China-US trade war with White House Economic advisor Larry Kudlow confirming that top representatives from the United States and China will meet in the coming week for trade talks.

"Whether the negotiators can find a solution to the difficult structural issues that remain between the two sides is another matter, and Kudlow cautioned there was 'no timeline' to reach an agreement," National Australia Bank strategist Rodrigo Catril said.

In currency markets, action was in the Turkish lira which weakened to 5.8245 per dollar, the lowest since June 25 after Turkey's central bank governor Murat Cetinkaya, whose four-year term was due to run until 2020, was replaced by his deputy Murat Uysal.

The dollar index, which measures the greenback against a basket of major currencies, was a shade weaker at 97.239 after climbing to a 2-1/2 week top of 97.443 on Friday.

The Australian dollar, which has been on an uptrend since June 18, slipped below 70 US cents to last trade at $0.6985.

Geopolitics may be in focus this week following news on Sunday that Iran will boost its uranium enrichment, in breach of a cap set by a landmark 2015 nuclear deal.

"So far US-Iran tensions have not had a material impact on markets, but if tensions escalate it could be a different story," said NAB's Catril.

In commodity markets, oil prices rose with Brent crude futures, the international benchmark for oil prices, up 16 cents at $64.39 per barrel while US crude added 22 cents to $57.73.