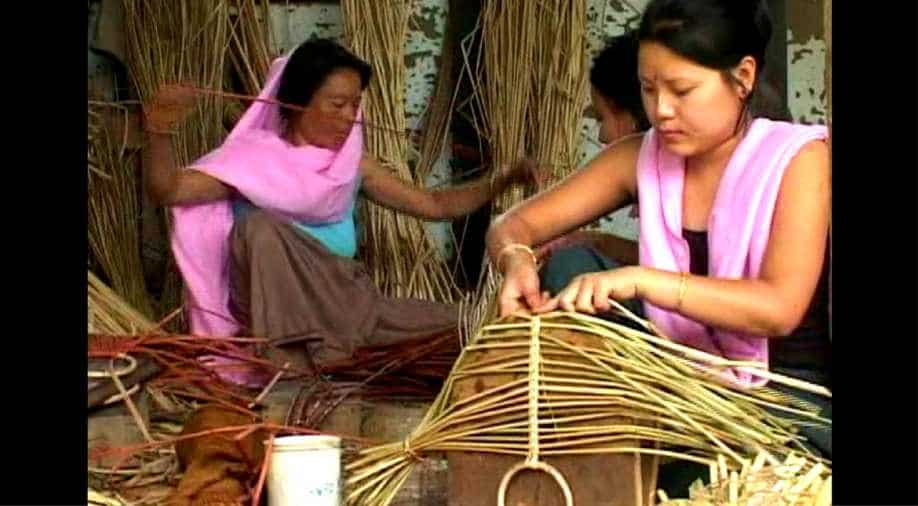 Workers of informal sectors have no shortage of skills, they only lack formal certification of their mastery. Photograph:( Others )

Last month the National Sample Survey Organization (NSSO), India’s pre-eminent public data collection agency released a report right in time for some Independence Day deliberations. But it hardly got any press coverage anywhere, despite the fact that it deals with the condition of nearly 70 per cent of India’s non-agricultural workforce. This is a report based on a survey of nearly three lakh enterprises all over the country in the informal manufacturing and service sectors.

The unorganised or informal sector refers to those millions of tiny businesses that employ a handful of workers each, or in many cases do not employ any hired workers at all, but operate only with family labour. Seventy years after Independence, the Indian economy remains dominated, in numerical terms by the informal sector.

111 million is a large number, nearly 70 per cent of the nonagricultural labour force of India.

The NSSO report estimates the number of such enterprises in manufacturing and services (that is, excluding agriculture and construction) at 6.34 crore. The estimated size of the workforce employed in this sector is 11.1 crore or 111 million. It is important to emphasise that these are the estimates based on the sample survey. As is well-known, small informal businesses are hard to investigate. So, despite the best efforts of the NSSO (and it is widely known to be one of the best at the job it does) in reality the numbers may be much higher. In any case, 111 million is a large number, nearly 70 per cent of the nonagricultural labour force of India. And it has increased from 108 million in 2010 (the previous survey round). Of the 111 million, 36 million are in manufacturing, 39 in trade and 36.5 in other services.

The majority of the non-agricultural workforce in India reports being self-employed and this fact has not changed for decades.

Interestingly, of the over 6 crore enterprises in this sector, 84 per cent do not report employing any hired workers and this proportion has remained more or less constant over the past 30 years. Such firms account for 62 per cent of all workers in this sector. In other words, the majority of the non-agricultural workforce in India reports being self-employed and this fact has not changed for decades.

In this backdrop, let us consider the statement made by BJP President Amit Shah earlier this year, that the government would not be able to provide jobs to everyone who needs or wants one, but would rather encourage self-employment. Self-employment is, in fact, already the default option for anyone who cannot secure a job. So this statement does not amount to saying much.

In the informal sector, a family of even three members (say a husband-wife team with a child) that works together running a shop, a restaurant, a workshop, etc. earns only INR 8000 per month even today.

The most important part of the report is the data on earnings in the informal sector. If we look at the enterprises that work only with family labour, the report shows that the earnings of such enterprises (measured as Gross Value Added or receipts minus non-wage expenditures) are on average INR 95,753 per year or roughly INR 8000 per month. The good news is that this number has increased substantially, at least in nominal terms, since 2010, when it was INR 57,883. But the absolute value is still low. What it means is that in the informal sector, a family of even three members (say a husband-wife team with a child) that works together running a shop, a restaurant, a workshop, etc. earns only INR 8000 per month even today. What about hired workers in this sector? The report estimates their earnings to be INR 87544 per year or around 7300 per month. Very similar to self-employed workers.

What is the reason for such low earnings? A typical answer is because these workers are not very skilled and the businesses are not very productive. In fact, there is no shortage of skills in the informal sector. What they lack is formal certification of their skills, because most workers are informally trained. And as for productivity, the situation is similar to that of farmers who often fail to capture the value of what they produce because of their vulnerable position in a supply chain dominated by more powerful actors such as fertilizer and seed companies, and big retailers. In the informal manufacturing and service sector too, intense competition and a weak position in the supply chain result in informal businesses failing to capture most of the value they produce. Thus, appearing to be of low productivity and earning a pittance.

This very large section of our workforce does not earn enough to be in the income tax net either from the wage or the business income end.

Needless to say, this very large section of our workforce does not earn enough to be in the income tax net either from the wage or the business income end. Further, many transactions still occur in cash. There are many reasons for this, two important ones being that banking is expensive for low amounts of money and that these workers are not treated with respect in banks.

The Modi government’s response to the persistent informal and cash-based nature of the economy has been to force formality by measures such as demonetisation and the Goods and Services Tax. These are meant to ensure that such economic activity also becomes visible to the government and can be monitored and taxed.

On the heels of demonetisation came the confusion and shock of GST.

Unfortunately, the NSSO survey cannot help us understand the effect of demonetisation on this sector because it was conducted from July 2015 to June 2016. But, it is telling that to date no comprehensive survey has been carried out by the government to assess the extent of the damage to the informal economy due to demonetisation. I know from my own conversations with the handloom and power loom weavers in Banaras that business was at a standstill for several weeks in November and December. And its effects are still being felt because losses forced many weavers to sell assets, including machines, to survive. On the heels of demonetisation came the confusion and shock of GST.

The most important one is to give the informal sector the infrastructure it needs to flourish, building functional cooperatives that improve the bargaining power of small producers, ensuring effective government support at least equal to what big businesses receive, and so on.

In fact, the Modi approach is misguided on several levels. First, these measures are authoritarian, nonfederal, and undemocratic. Second, the economics behind them is unsound. Third, there are many better ways to ensure that the government tax base widens and transactions become formal. The most important one is to give the informal sector the infrastructure it needs to flourish, building functional cooperatives that improve the bargaining power of small producers, ensuring effective government support at least equal to what big businesses receive, and so on.

But let us step back for a bit. This August 15th marks the 70th anniversary of India’s independence. That is seven decades of policy-making with the aim of creating a modern Indian economy. The early development planners and economists in the 1950s spoke of the elimination of the small-scale economy that later came to be called the informal sector. Textbooks commonly referred to it as a transient phenomenon, soon to be replaced with large, modern firms. What happened? How come, even after decades of both planning and market-led growth, the better part of our workforce is still self-employed in tiny businesses and earns half of what a peon in a government office earns?

Plainly, the policies that were followed, both during the planning and the post-reform periods have not worked. But a nation-wide serious debate on both these failures has not occurred. It is in no political party’s interest to conduct such a debate because they have no imagination other than what has been tried already.