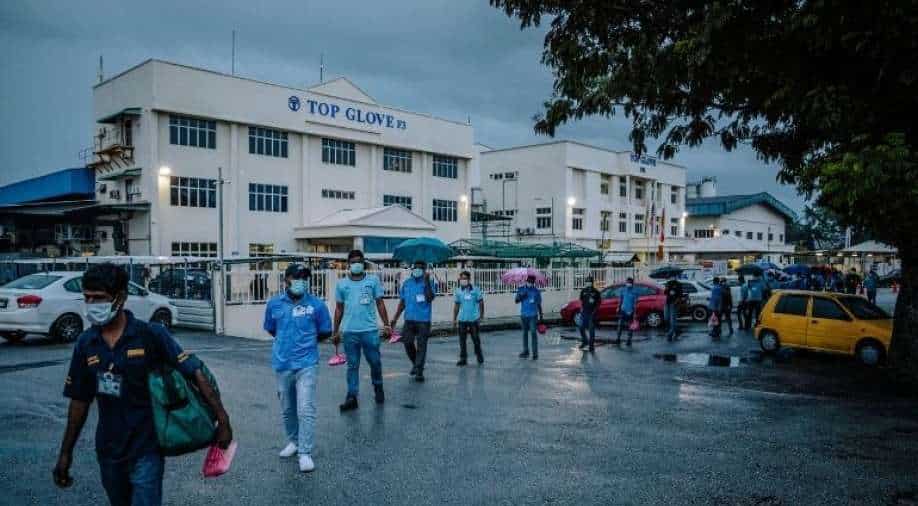 Top Glove employees leave after a shift at the company’s factory in Klang, Malaysia, Dec. 14, 2020. Top Glove, the world’s largest rubber glove maker, has enjoyed record profits in the pandemic, even as thousands of its low-paid workers in Malaysia suffer Photograph:( The New York Times )

Microsoft’s 2021 Work Trend Index says people “now more than ever” expect their employers and leaders to show empathy given the “unique challenges”.

A survey by Microsoft has revealed that 40 per cent of global workers are considering leaving their employers this year. The survey, published on Monday, also found that 61 per cent of employers feel that they are “thriving” right now.

The COVID-19 pandemic has completely changed the route of work culture, with new struggles in the way of many. Microsoft’s 2021 Work Trend Index adds how people “now more than ever” expect their employers and leaders to show empathy, given the “unique challenges”.

The index surveyed 30,000 people from 31 countries. In addition, it factored in trends from Microsoft 365 and LinkedIn. The survey found that those who claimed to be “thriving” were male leaders from Generation X or the millennial generation.

The trend posits that the major burdens in the aftermath of COVID-19 have been put on members of Generation Z, most of whom recently started out their careers.

In addition, working mothers are also negatively impacted, many of whom have had to leave their jobs owing to new social arrangement put in place by the pandemic. 73 per cent of the surveyed claim that they endorse flexible working hours, and remote working. 67 per cent said that they want to return to the pre-COVID mode of working from office.