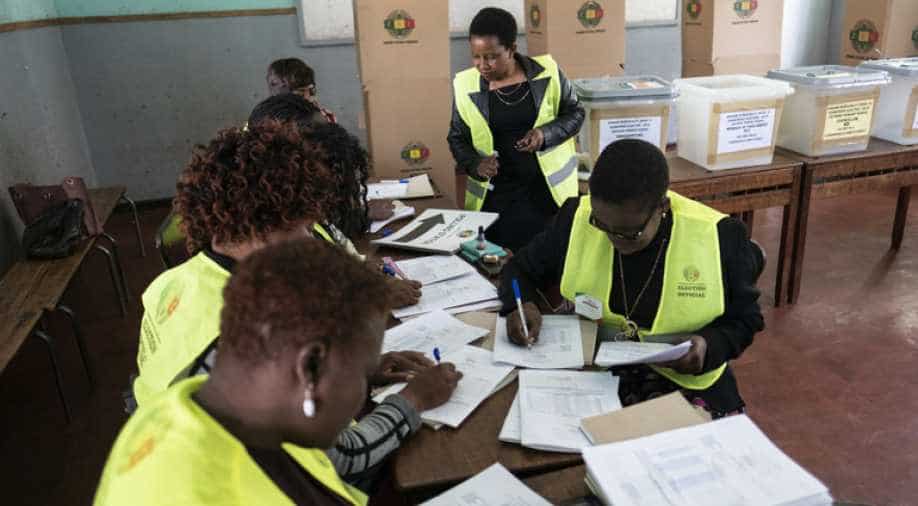 Polling station officials get prepared for the July 30 general elections at a polling station in Mbare, Harare, Zimbabwe. Photograph:( AFP )

Tendai Biti, a former finance minister, said some election results that were supposed to be posted outside voting stations were not available.

The election, the first since the removal of Robert Mugabe last November, is a two-horse race between MDC leader Nelson Chamisa and President Emmerson Mnangagwa. Biti said it was clear Chamisa had won. No official results have been released.

Earlier,&nbspZimbabwe opposition leader Nelson Chamisa said he was "winning resoundingly" as votes were counted in the first election since long-time ruler Robert Mugabe was ousted from power.

Chamisa, who has raised allegations of voter fraud during the campaign, said that his MDC party had results from 10,000 polling stations.

President Emmerson Mnangagwa, ex-president Mugabe's former right-hand man in the ruling ZANU-PF party, had faced off against Chamisa of the MDC (Movement for Democratic Change) in the historic vote.

Officials overseeing the polls, in which a record number of candidates stood, said many polling stations had queues and estimated that average turnout was around 75 per cent one hour before polls closed on Monday evening.