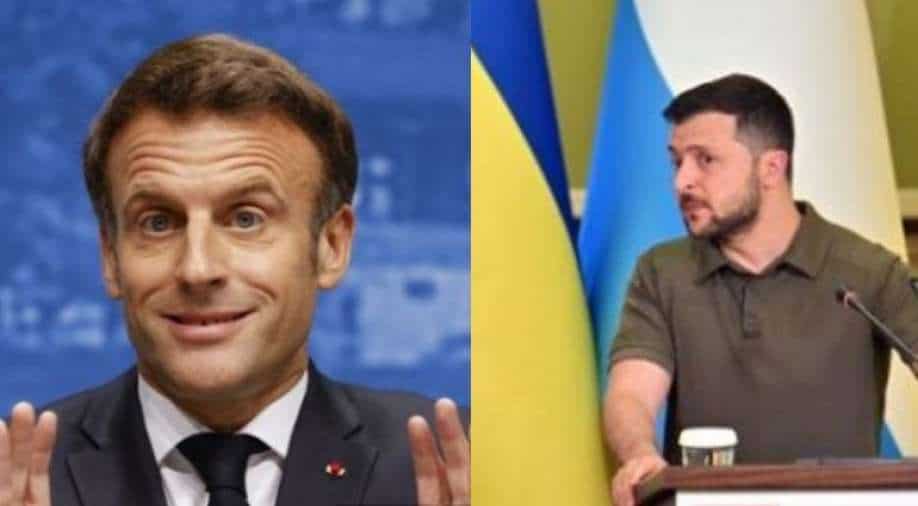 Ukraine President Volodymy Zelensky was furious after the missile attack on the mall declaring that 'only total insane terrorists, who should have no place on Earth, can strike missiles at civilian objects'

Ukraine President Volodymyr Zelensky asserted that Russia should be declared a "state sponsor of terrorism" after the missile attack on shopping mall in Kremenchuk, however, French President Emmanuel Macron said he won't label Russia with the description.

"We don't need any qualification whatsoever to carry these sanctions against Moscow over its invasion of Ukraine," Macron said.

President Zelensky was furious after the missile attack on the mall declaring that "only total insane terrorists, who should have no place on Earth, can strike missiles at civilian objects," while adding that, "Russia must be recognised as a state sponsor of terrorism. The world can and therefore must stop Russian terror."

A Russian missile attack hit the mall in eastern Ukrainian city of Kremenchuk as reports claimed at least a thousand people were inside. Ukrainian officials said at least 20 people died in the attack with 40 still missing.

Ukraine's interior minister Denys Monastyrsky said "some bodies can't be identified". However, Russia denied it was aiming at the mall adding that it had struck a nearby depot which it said allegedly contained foreign arms which led to an explosion and the fire spread to the mall.

Russia's defence ministry claimed it was a "non-functioning shopping centre located next to the depot".

Macron however insisted that NATO allies should send a message of "unity and strength for member countries as well as for those that wish to join" referring to Finland and Sweden's application.

Sweden and Finland's membership has been stalled after Turkey President Recep Tayyip Erdogan accussed the Nordic nations of providing a safe haven to Kurdish militants and criticised the two countries for the imposition of arms embargo which was imposed after Turkey's intervention in Syria in 2019.