You could pay $5,000 for not wearing a mask in Germany 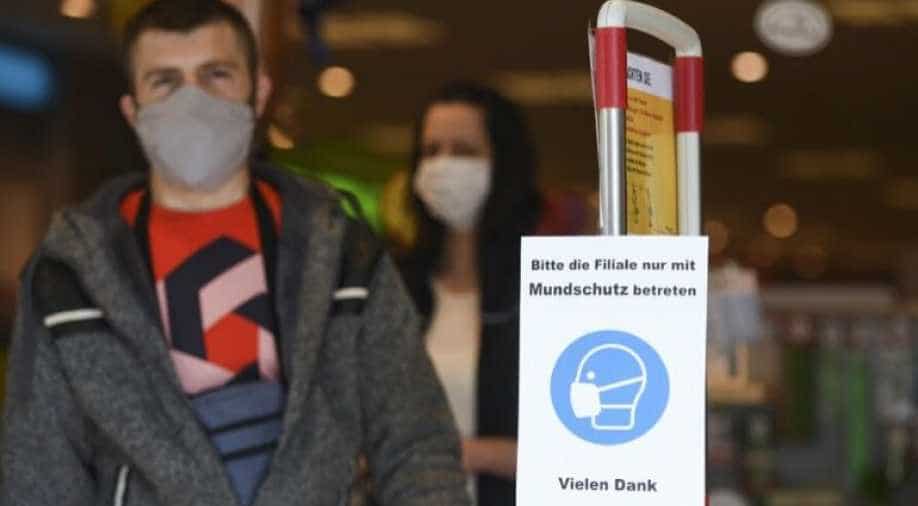 A man with a face mask stands beside a sign reading "please enter the branch only with face protection" at a shop in Hamm on April 27, 2020, amid the new coronavirus COVID-19 pandemic Photograph:( AFP )

Coronavirus pandemic has changed the way we live, and will continue to dictate our social lives for the upcoming few months.

Germany, which has been lauded by critics and analysts alike for tackling the virus head on, has made masks mandatory for everyone.

Last week, Germany started relaxing restrictions placed on people. For instance, all shops bigger than 8,600 square feet were allowed to reopen. Additionally, all car dealers and bicycle stores have opened across the country.

Even though some of the country’s 16 states are not imposing any fines, most states that have chosen to impose the fine have varied degrees of fines.

German Chancellor Angela Merkel has announced a slew of measures to ensure relaxations do not lead to a relapse for the country.

She has that face coverings should be worn mandatorily across all public spaces.

''It is recommended that masks be used in public transport and while shopping,'' Merkel had announced on April 15.

As the lockdown continues to make people eager to step out, Merkel had warned against easing restrictions too quickly.

When reports came out of some big stores reopening, she warned against hurrying into reopening and said, “their implementation worries me. Partially, they appear to be very bold, maybe too bold."

Just like the US, Germany has a decentralised system, no state can be forced to make masks mandatory. Regardless, every state has decided to uphold the rule, even with varying degrees.

However, it is not mandatory to wear surgical masks, the basic idea is to cover one’s face.

Research suggests how masks, even though only partially effective in protecting people from the virus, can prevent the transmission of virus if worn by infected people.

In the state of Berlin, masks are not mandatory, and people may board public transport without covering their faces. However, the hardest hit state of Bavaria has made face covering compulsory, with fines of over $5,412 for store owners who fail to enforce social distancing and face covering norms.