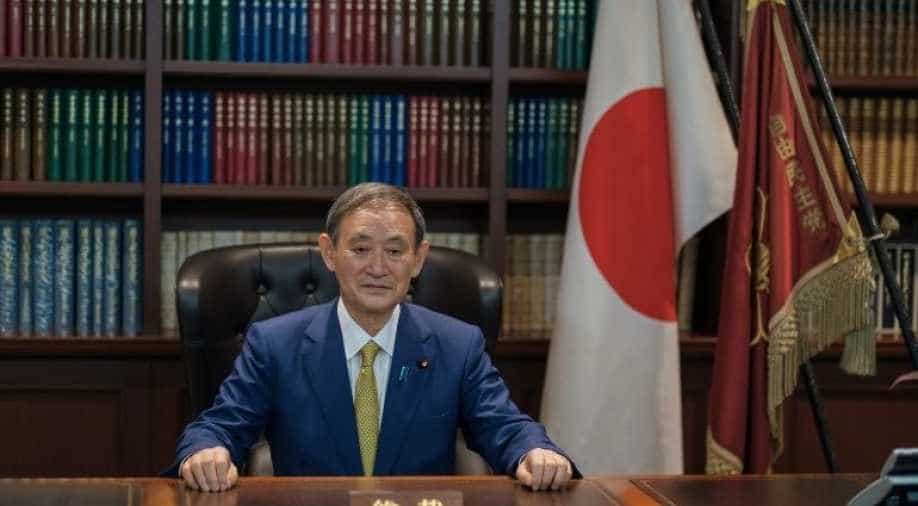 After the votes were counted, lower house speaker Tadamori Oshima said "According to the results, our house has decided to name Yoshihide Suga prime minister."

The 71-year-old is expected to announce his cabinet later Wednesday, with local media reporting he will retain a number of ministers from Abe's  government.

Suga has said he will prioritise keeping coronavirus infections under control and kickstarting Japan's economy, and has promised to continue Abe's key policy programmes.

Abe is ending his record-breaking tenure with a year left in his mandate, forced out by a recurrence of ulcerative colitis, a condition that has long plagued him.

Earlier, in a video posted on Twitter, he looked back at his record.

"Sadly, we were not able to achieve some goals," he said, in an apparent reference to his long-held desire to revise the pacifist constitution, something Suga does not seem eager to pursue. "However, we were able to take a shot at, and achieve, other divisive issues."

Abe and his cabinet resigned on Wednesday morning, paving the way for a vote in parliament in the early afternoon, which Suga is expected to easily win, given the ruling party's strong majority.

The 71-year-old has spent decades in politics, most recently as chief cabinet secretary, where he was known for pushing government policies through a sometimes intractable bureaucracy.

He has also been the face of the government, doggedly defending its policies as spokesman, including in sometimes testy exchanges with journalists.

Suga's background, as the son of a strawberry farmer father and schoolteacher mother, sets him apart from the many blue blood political elites in his party and the Japanese political scene.

But while he has championed some measures intended to help rural areas like his hometown in northern Japan's Akita, his political views remain largely a mystery.