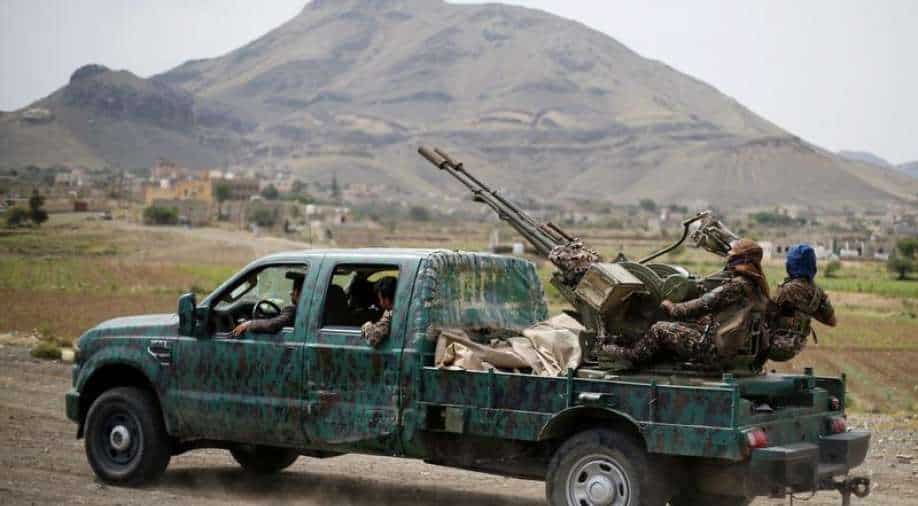 Saudi-backed Yemen government on Saturday accused Houthi rebels of using civilians as human shields in their renewed offensive against the rebels' last major toehold in the north. Earlier this month, the Iran-backed rebels resumed a push to capture the city of Marib, 120 kilometres (75 miles) east of the rebel-held capital Sanaa.

Marib lies close to some of Yemen's richest oil fields. Capture of Marib will be major prize for the rebels. But fighting raised fears for hundreds of thousands of civilians who have sought shelter in camps in the surrounding desert.

Loyalist military officials told AFP the rebels had been using residents of Al-Zor camp in the province's Sirwah district as "human shields". The rebels captured the area last week

The officials said there had been no let-up in the fighting.

Over the past 24 hours, at least 12 loyalist and 20 rebel fighters had been killed in clashes north and west of Marib, they said.

There was no way to independently verify the death toll but it is clear that both sides have suffered heavy casualties in the renewed battle for the city.

Until early last year, Marib had been spared the worst of the civil war that erupted in 2014.

The International Committee of the Red Cross has said it is "extremely concerned" by the recent fighting.

"The ICRC urges all parties to the conflict to take every possible measure to protect the civilians, their properties and all civilian essential infrastructures," it said on Twitter.

The UN has warned of the potential for a humanitarian disaster.

\The Huthi offensive came as the new US administration removed the rebels from Washington's blacklist of terrorist organisations in a bid to facilitate aid deliveries to rebel-held areas and pave the way for renewed peace talks.

President Joe Biden has also announced an end to US backing for Saudi offensive operations in Yemen, which he said had created a "humanitarian and strategic catastrophe."
Observers say the Huthis want to capture Marib to strengthen their hand in eventual peace negotiations.