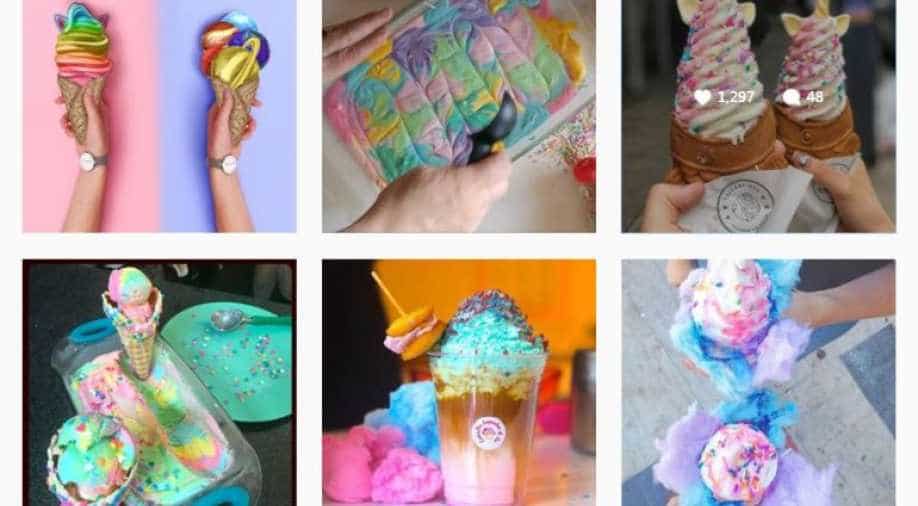 Haven't had enough of the yearenders that web portals are throwing your way? We bet you can make some room for another one, this one is downright hilarious and officially by Google.

Google blog has an entry titled 'Year in Search: The most fantastic fads of 2017' and what followed was pure gold.

"Here today, gone tomorrow. Our annual 'Year in Search' is always a fun look back at the fads that captured our fancy and then fizzled out fast," noted the blog post.

Ahead, a look at this year’s biggest crazes, "through the lens of Google Search."

Where is the unicorn?

According to Google, the netizens developed some bizarre obsession for the unicorns trend this year.

Ans how can we get away with not giving a mention to Unicorn hair? Those rainbow-coloured highlights that crazed thousands of women this year.

Slime was a hit!

Yes! Quite a lot of people searched 'How to remove slime out of carpet?' which also made to the top 100 'How to' queries of the year.

"Slime had a very big year; “How to make slime?” was the number one globally trending “how to make” question of 2017," read Google's blog post.

The search engine saw major traffic for cute little creatures who made to the list of 'celebrity animals'.

Memes are multipurpose, they provide comic relief, crack us up and are crucial weapons in the arsenal of a sarcasm-loving person.

According to Google's search data, 'Cash Me Outside,' 'United Airlines,' 'Elf on the Shelf,' 'What in Tarnation?' and 'Mocking SpongeBob' were the most trending memes of 2017.

And when we come across the latest one that we hadn't head before, we turn to our dear friend -- Google.

Trending acronyms this year included WCW (woman crush Wednesday), TFW (that feeling when), STG (swear to God), GOAT (greatest of all time), and OFC (of course).

Not only this, Google also searched for the meanings of some of our favourite songs this year.

People actually searched for “what does despacito mean?” to “What does bibia be ye ye mean?”, seriously!

Here's hoping the upcoming year to usher in crazier, wackier list of searches.