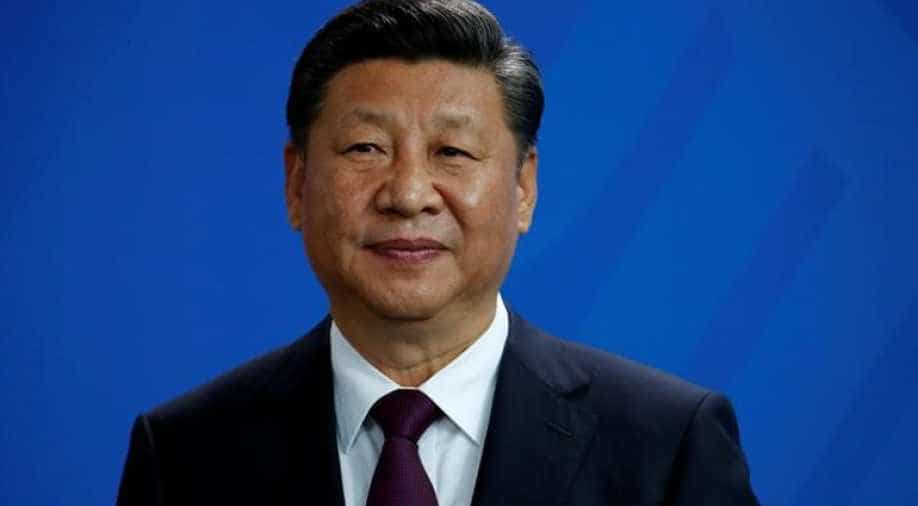 The opening ceremony of the three-day BRICS summit started with BRICS Business Council in this southeastern Chinese city in Fujian province amid a downpour triggered by typhoon Mawar which had caused widespread disruption to the summit preparations and the city's traffic. The typhoon also caused considerable disruption to the flights.

BRICS - Brazil, Russia, India, China and South Africa - is a grouping of the five emerging economies. The BRICS summit brings together the leaders of these countries.

In his speech broadly focusing on enhancing cooperation between the BRICS members, Xi said, "Construction of a tall building starts with foundation. We have laid the foundation and put in place the framework for BRICS cooperation."

Outlining BRICS cooperation in the last 10 years, he said treating each other as equals and seeking common ground while shelving differences is important part of cooperation.

"In terms of BRICS cooperation, decisions are made through consultation (and) not by one country. We respect each other?s model of development, accommodate each other?s concern and work to enhance strategic communication and mutual trust," he told about 1000 delegates from different countries.

"Given difference in national conditions, history and cultures, it is only natural we may have some differences in pursuing our cooperation," he said.

"However with strong faith in cooperation and enhancing collaboration the BRICS countries can achieve steady progress in our cooperation," he added.

The summit comes days after India and China last week ended a 73-day standoff in Dokalam by withdrawing troops from the area. The two sides were locked in a face-off after Indian troops stopped the Chinese People's Liberation Army from building a road in the area.

In a candid speech without directly referring to differences, Xi referred to his multi-billion dollar Belt and Road Initiative (BRI) in which the China-Pakistan Economic Corridor (CPEC) is a crucial component.

India had protested to CPEC as it passes through Pakistan-Occupied Kashmir. India also boycotted the Belt and Road Forum (BRF) hosted by China in May.

Xi said BRI is not a tool to advance any geopolitical agenda, but a platform for practical cooperation.

It is not a foreign aid scheme, but an initiative for interconnected development which calls for extensive consultation, joint contribution and shared benefits, he said.

"I am convinced that the BRI will serve as a new platform for all countries to achieve win-win cooperation and that it will create new opportunities for implementing the 2030 Agenda for Sustainable Development," he said.

He also said BRICS should promote the "BRICS Plus" approach to build an open and diversified network of development partners.

"We should get more emerging market and developing countries involved in our concerted endeavours for cooperation and mutual benefits," he said.

Xi said as a cooperation platform with global influence, BRICS cooperation is more than about five countries.

"BRICS places high premium on cooperation with other emerging market and developing countries and have established effective dialogue mechanisms with them," Xi said.

Xi also said that BRICS cooperation has reached a crucial stage of development.

He said the development of the BRICS countries has delivered tangible benefits to more than three billion people.

Xi said that in the past decade, combined GDP of the bloc has grown 179 percent, trade increased 94 percent while urban population expanded 28 percent, contributing significantly to stabilising the global economy and returning it to growth.

He also said the BRICS countries have been committed to multilateralism, fairness and justice in the past decade.

BRICS countries have endeavoured to fulfil their international responsibility, and have staked out their positions on major regional and international issues and made proposals for addressing them during the past decade, Xi said.

The countries have promoted reform of economic governance to increase the representation and say of emerging market and developing countries, according to the president.

The bloc has also taken the lead in implementing the Millennium Development Goals and Sustainable Development Goals, and engaged in close dialogue and cooperation with other developing countries to pursue development through unity, the Chinese president said.

He said the BRICS countries should work to usher in second golden decade. Going forward BRICS countries have major tasks to accomplish, which are to grow economies and to strengthen cooperation, he said.

"It is time to set sail when the tide rises," Xi said, adding that countries should work to let their economic cooperation have more substance.

"Economic cooperation is the foundation of the BRICS mechanism," Xi said, referring to the progress in the operation of the New Development Bank and Contingent Reserve Arrangement and in e-commerce, trade and investment facilitation, trade in services, local currency bond issuance, scientific and technological innovation, industrial cooperation and public-private partnership.

"Leveraging our respective strengths and converging interests, we have put in place a leaders-driven cooperation framework that covers wide-ranging areas and multiple levels," Xi said.

The NDB floated by the BRICS countries and the Contingent Reserve Arrangement have provided financing support for BRICS infrastructure building and sustainable development, contributing to enhanced global economic governance and the building of an international financial safety net, he said.

"We should blaze a new path which may also help other emerging market and developing countries to seize opportunities and meet challenges," Xi said.

He said economic globalization is facing more uncertainties, noting that emerging markets and developing nations find themselves in a more complex external environment.

"The long road to global peace and development will not be a smooth one," said the president.

More than 700 million people are still living in hunger, tens of millions of people have been displaced and become refugees, while many people, including innocent children, have been killed in conflicts, Xi said.

A new round of technological and industrial revolution is in the making, and reform and innovation are gaining momentum, he said.

"We have enough reason to believe that our world will be a better place," Xi said.