Wuhan virus lab leak theory: Why China has blocked access to Yunnan mine 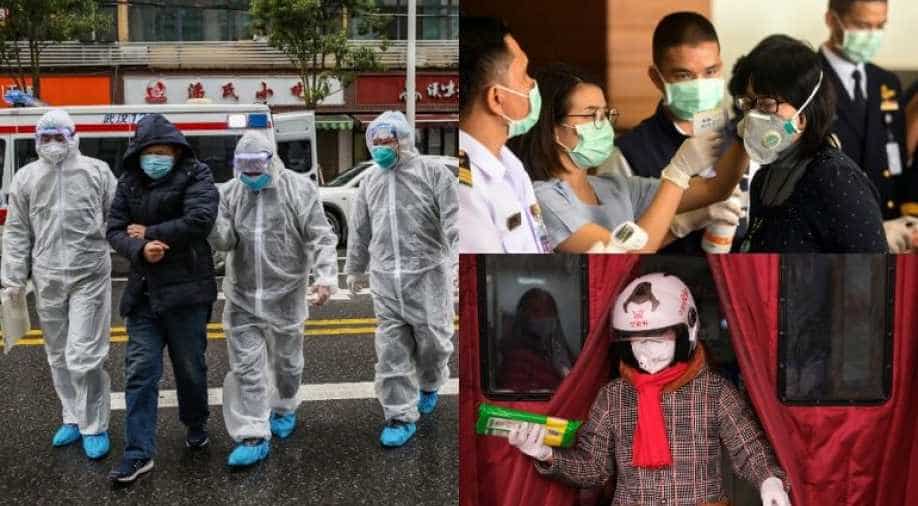 The coronavirus lab leak theory has been gaining more traction, with circumstantial evidence growing about the Wuhan lab.

The outskirts of China could have a link to the Wuhan lab.

According to a report, in April 2012, six miners had fallen ill. They had gone inside a mine in China's Yunnan province and when they came out, they had a pneumonia-like illness and three of them died of the illness.

There is no clarity about the affliction since at that point, their illness was described as mysterious and to solve the mystery, scientists from the Wuhan Institute of Virology were called in.

They conducted their research, took samples from bats in the mine in Yunnan and apparently identified several new coronaviruses in those samples.

But China doesn't want to tell the world about which coronaviruses were found in the Yunnan mine?

Not only has China hidden information, but it has also obstructed the independent investigation. Reports say China has blocked efforts to probe the mine and set up checkpoints near the mine.

Unidentified men have stopped several foreign journalists in recent weeks from trying to go there. While the specifics are not clear, the Wuhan lab is said to have more than a thousand samples of coronaviruses.

There is increasing evidence that the Wuhan lab is linked to the outbreak. Which is why more and more experts say that the lab leak hypothesis must be investigated.

The health secretary of the United States has also called for a second investigation into the origins.

"Phase 2 of the Covid origins study must be launched with terms of reference that are transparent, science-based, and give international experts the independence to fully assess the source of the virus and the early days of the outbreak," US health secretary Xavier Becerra said.

"As member states of the WHO, we need to come together and finish this fight against Covid - our greatest test. We need to fully implement and adhere to obligations under international health regulations. We need to improve transparency, immediately share critical information about outbreaks with pandemic potential, and strengthen health systems to withstand shocks," Becerra added.

There are more connections that need to be explored. For instance, the data that China has about the virus. China has refused to share raw data. The gap is so glaring that even Dr Tedros of the WHO has raised it.

Last year, the WHO director-general was applauding China's response but since March, he has been saying that he's not satisfied with what Beijing has shared and demanded more evidence.

While briefing member states of the World Health Organisation, Dr Tedros said scientists need access to full data to understand what happened in the early days.

Specifically, they need data, including biological samples from at least September 2019. But when Dr Tedros spoke with investigators who went to Wuhan, he was told that they faced difficulties in accessing this data and their report was made without access to the crucial data.

It is the reason why Dr Tedros refused to dismiss the lab theory. He said the assessment by the WHO team wasn't extensive enough.

Therefore, the claims around a lab leak remain limited to circumstantial evidence. And yet, scientists around the world continue to demand another investigation.

They want to further probe the possibility of a lab leak. This month, 18 prominent scientists published a letter calling for a new investigation and they have given reasons why. These scientists believe that the theories both of accidental release from a lab and zoonotic spillover "remain viable".

The letter has been signed by a virologist who had closely worked with Shi Zhengli, who is a top Chinese virologist better known as China's batwoman.

Shi Zhengli was leading the research into bat coronaviruses at the Wuhan lab. Now, one of her colleagues has signed a letter demanding a probe into the lab theory.

A former chief of America's Food and Drug Administration (FDA) has also called for another probe. Scott Gottlieb believes that the circumstantial evidence so far is credible and there is no new evidence in favour of a natural origin.

He said scientists are yet to find an intermediate host and they haven't found the Wuhan virus in an animal anywhere besides bats.

There are more questions than answers right now, but there is enough evidence for the world to not dismiss the lab leak theory.

A new investigation could help in settling the doubts but China is already pushing back on this demand.

The only way to find the answers is to keep asking the question: Is China hiding something about the Wuhan lab?