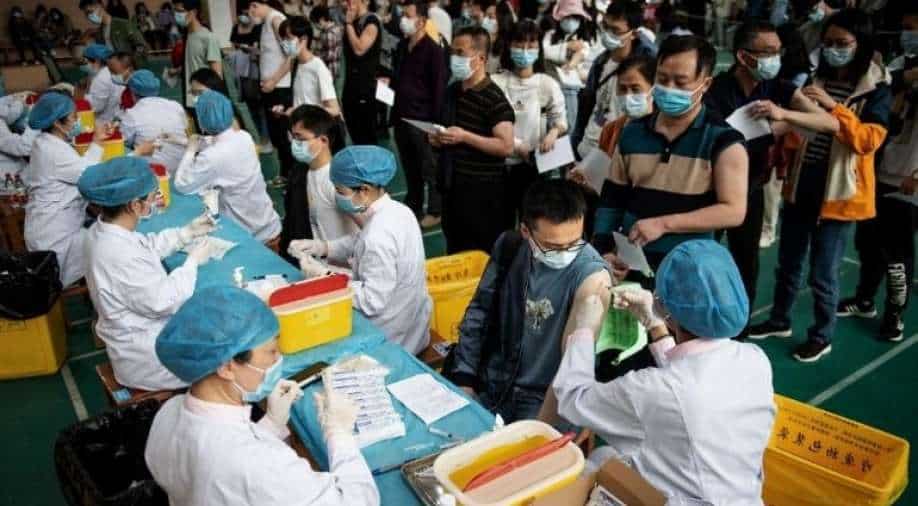 Chinese officials say the Delta variant has been responsible for the surge in virus cases in China with million put under lockdown and mass testing being carried across the country.

China's Wuhan city officials said they had completed coronavirus tests of all 11 million people amid a resurgence of the virus in the country.

The health officials said except for children under six and students on summer break all residents were tested for the virus.

Meanwhile, residents of Yangzhou city stood in queue on the street to get their COVID-19 tests amid a surge in infections caused by the Delta variant.

China on Monday reported 94 new coronavirus cases with 40 cases detected in Zhengzhou and 38 in Yangzhou.

Last week on Thursday the country had reported 124 coronavirus cases with 80 locally transmitted cases including 62 on Wednesday.

The eastern Jiangsu province has become the epicentre of the virus even as new cases were discovered in the provincial city of Yangzhou on the lower reaches of the Yangtze River near Shanghai.

Wuhan which was the epicentre of the virus last year reported cases among migrant workers triggering a city-wide testing campaign on Tuesday.

Reports say 28,000 health workers across the city were mobilised and thousands of testing sites were set up as officials battled to test all citizens.

Health officials say the Delta virus has been responsible for the latest surge as millions of people have been put under lockdown across various towns in the country and domestic traffic links cut amid large scale testing.

The authorities have also cut down on air travel with documents needed for "non-essential and non-emergency" cases however a blanket ban on air travel hasn't been put in place.

The virus cases have been the highest since January in China with over 500 domestic cases reported since mid-July. The outbreak is believed to have started among airport cleaners in Nanjing in Jiangsu province and it spread rapidly thereafter.

The local authorities in Nanjing had cut down domestic travel and banned taxi services in and around the outbreak area. Officials said Nanjing residents comprising of 9.2 million were tested three times.