Written to London Mayor to ensure violence outside Indian High Commission is not repeated on Diwali: London assembly member Navin Shah to WION 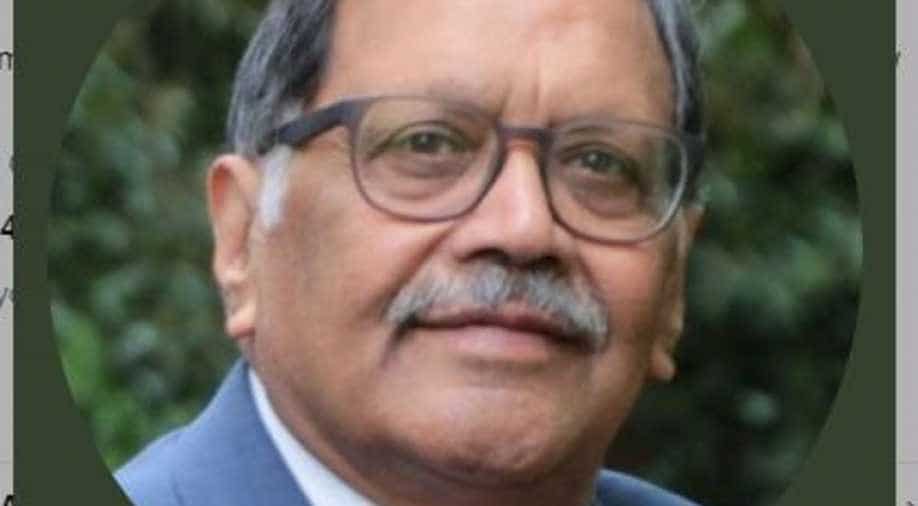 WION: You wrote a letter to London Mayor Sadiq Khan about the upcoming protest march. Are you happy with the response that you have received?

Navin Shah: I am pleased that the Mayor of London has given a very comprehensive response to my letter in which he has strongly condemned the demonstrations planned on Diwali. He has reassured me that the metropolitan police will have a robust policing plan to ensure that violence and the mayhem that took place on India's Independence Day outside the Indian High Commission is not repeated again. The Mayor in the letter has also confirmed the Indian community's rich contribution towards London's success as a world city.

It is further reassuring that the Mayor is concerned about the divisions that such protests can create and he has copied my letter to the Metropolitan Commissioner as well as the Home Secretary to see whether they are prepared to ban the demonstration planned on Diwali day.

WION: The Indian High Commission has witnessed two violent protests already. What do you make of the action the British government has taken so far?

Navin Shah: The ugly and violent incidents that took place outside the India High Commission is certainly not acceptable in any civilised society. There is no excuse for such behaviour in any community and therefore the wide condemnations of those incidents is the right thing.

In my view, the metropolitan police could have done better but I am pretty sure the lessons have been learnt and if the demonstrations go ahead on Diwali, I expect the metropolitan police to be prepared to deal with any behaviour which is unruly and brings about public disorder. It is the reason why in addition to writing to the Mayor of London, I have also written to the commissioner of metropolitan police to make sure there is no repeat of such incidents that had taken place outside the Indian High Commission.

WION: Is the British government doing enough to address India's concerns about the protests?

Navin Shah: I appreciate the way the Indian government is concerned about the situation with regard to the situation in Kashmir. I truly believe that UK government or UK politicians should not interfere with the internal affairs of third countries. Those countries should be left to determine on how matters like these should be resolved in a right and responsible way espeically when it involves complex matters like Kashmir.

WION: Should foreign governments and politicians be interfering with India’s constitutional matters such as removal of the special status of Kashmir?

WION: What actions do you expect after raising your concerns?

Navin Shah: Manning of demonstrations is entirely the responsibility of the Home Secretary and that is why I have written to honourable Priti Patel to ban the planned demonstrations at the earliest opportunity. This is the right thing to do. I hope the Home Secretary, the government and the commissioner of police will listen to me, will listen to the community at large and do the right thing. And let us hope that we will have a happy, peaceful and the kind of Diwali we always expect, appreciate and demand.

WION: The leader of the Labour Party, Jeremy Corbyn, has taken a tough stand against the Indian government on Kashmir. Do you agree with your party's position?

Navin Shah: I am appalled that the accepted protocol of not interfering in the internal affairs of a third country was dumped by the Labour Party at the conference and an ill-conceived, partisan motion was allowed to go through. This demonstrates my party’s astounding insensitivity and failure to scrutinise the motion before accepting it for debate.

The debate was unbalanced and went unchecked - for example one of the speakers supporting the motion made deplorable comments about the Indian army raping women; comparing Modi with Hitler and allegations of 10,000 women being gangraped. I wonder what efforts were made to check the authenticity of such statements!

Given the partisan and ill-conceived position taken by the Labour Party, it is no wonder that the Indian community and community organisations are fuming across the nation. Diplomatic relations with India are in tatters and divisions and conflict have been created within diverse communities.

All our hard work of community cohesion and credibility is being challenged due to partisan politics and is seen as an anti-India stance taken by the Labour Party through the disastrous motion on Kashmir.

It is true but very sad that we the Labour politicians were banned by some Indian organisations from attending Navratri celebrations which to me is very painful and does a huge deal of damage to the standing of the party. I fully understand the hurt and the pain the Indian community feels.

To this end, I welcome Jeremy Corbyn’s recent letter offering to meet members across the Indian community and hear their views. This will be a good start but it is imperative that the party also engages positively with the Indian diplomatic service and the Indian government; meets with British-Indian elected representatives to address the way forward to restore relations with the Indian community and see how best the party can genuinely engage with British- Indians and other communities to avoid similar disasters in the future.