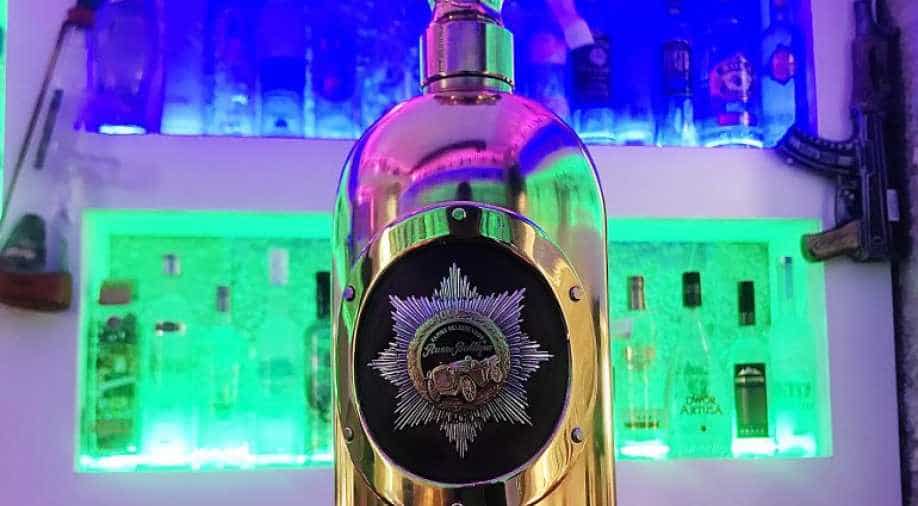 The bottle, made from white and yellow gold and containing a diamond-encrusted replica of the Russian Imperial Eagle on its cap. Photograph:( AFP )

What is claimed to be "the world`s most expensive" bottle of vodka, snatched from a Copenhagen bar earlier this week, was found empty at a construction site in the Danish capital early Friday, the police said.

"I don't know what happened with the vodka, but the bottle was empty," Riad Tooba, spokesman for the Copenhagen police, told AFP.

The bottle, made from white and yellow gold and containing a diamond-encrusted replica of the Russian Imperial Eagle on its cap, is said to be worth $1.3 million (one million euro).

Copenhagen police tweeted that the bottle was intact when it was found and is now being examined.

A CCTV recording sent to AFP showed a masked man grabbing the Russo-Baltique vodka and fleeing Cafe 33 bar in Copenhagen early on Tuesday.

Bar owner Brian Ingberg said the bottle was still valued at the same hefty price even if it may have been slightly damaged.

"We still have the same vodka that was in the bottle before, so we'll just fill it again," Ingberg said.

The bottle, which featured in the political thriller "House of Cards", is not insured and was loaned from a Russian businessman, he said.