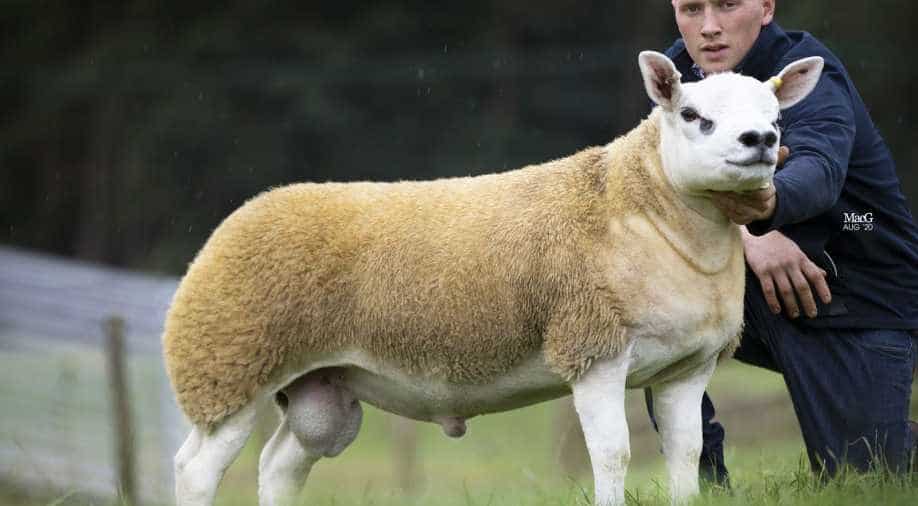 The sheep, Pedigree Texel ram lamb Double Diamond, was sold to three farmers at the Scottish National Texel Sale in Lanark on Thursday.

The sheep, Pedigree Texel ram lamb Double Diamond, was sold to three farmers at the Scottish National Texel Sale in Lanark on Thursday.

Texels are a highly sought after rare breed that originated on the small island of Texel, off the coast of the Netherlands. They regularly sell for five-figure sums.

Jeff Aiken, one of three breeders who joined forces to pay the highest price ever commanded by a sheep, said. “Every once in a while something special comes along and yesterday an extra special Texel turned up. Everyone wanted a piece of it.”

He had already agreed with another breeder to bid jointly for Double Diamond, but as the significance of the Scottish national Texel sale became clear in the leadup to the event, a third breeder joined in.

"He was just an outstanding animal, backed up by all the best genetics. There was about seven or eight people who really, really wanted him and that’s what led to the price," he said.

The lamb was sold by Charlie Boden and family from their Sportsmans flock in Cheshire.