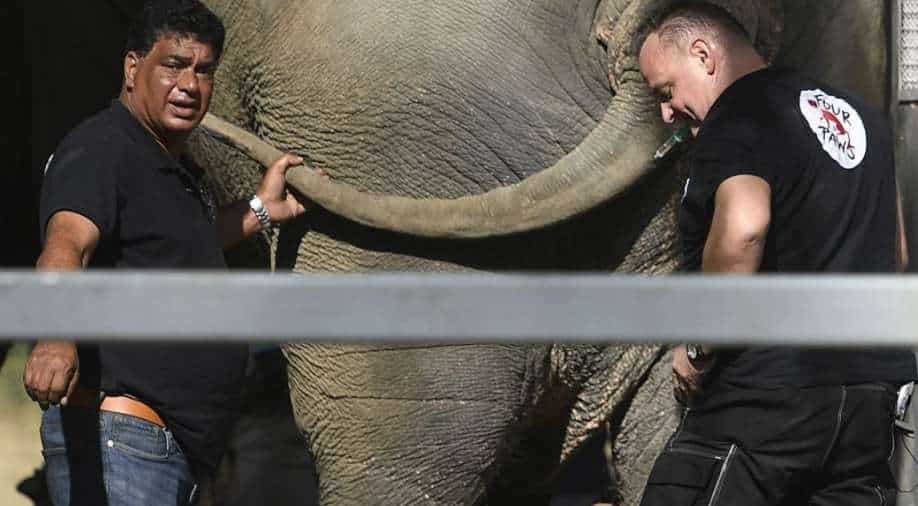 Amir Khalil (L), a veterinarian and director of the project development for Four Paws International and Frank Goeritz, head veterinarian of Leibniz Institute for Zoo and Wildlife Research examine Kaavan, Pakistan's only Asian elephant, prior to transport Photograph:( AFP )

Following years of public outcry and campaigning by American pop star Cher, the "world's loneliest elephant" Kaavan, a 36-year-old bull elephant landed in Cambodia on Monday from a cargo plane to start a new life with fellow pachyderms at a local sanctuary.

Kaavan received a warm welcome from American superstar Cher who will accompany him to a sanctuary housing potential mates.

After greeting Kaavan through an opening at the base of the crate, Cher said "I am so proud he is here. He's going to be really happy''.

Once the sole Asian elephant in Pakistan, Kaavan will be transported from Siem Reap to neighbouring province Oddar Meanchey where a wildlife sanctuary with about 600 other elephants will be his new home. 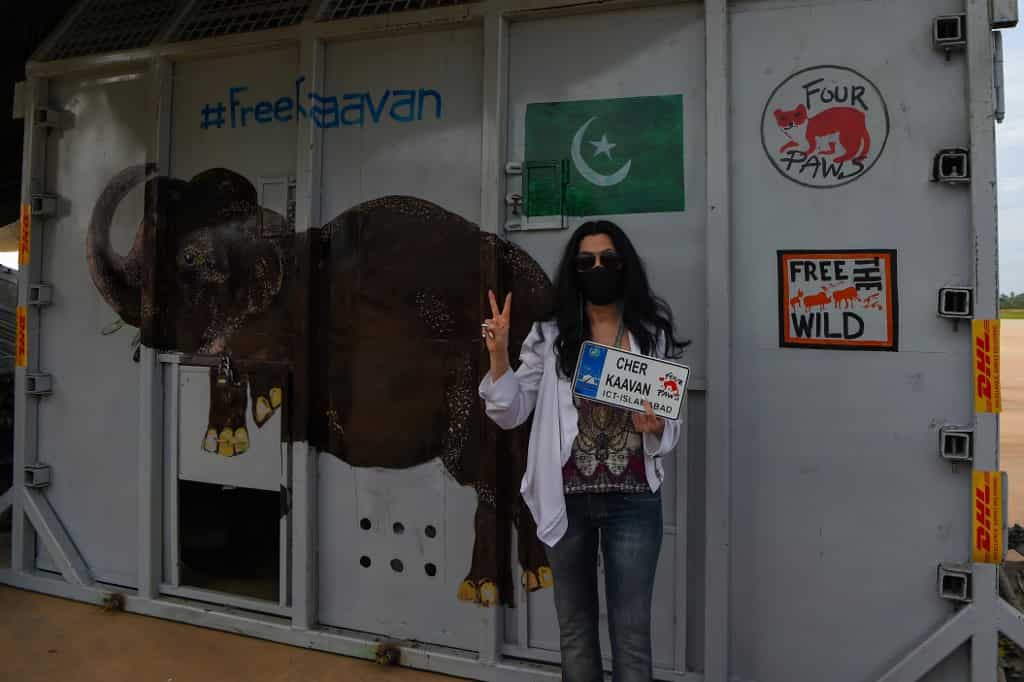 "Cambodia is pleased to welcome Kaavan. No longer will he be 'the world's loneliest elephant,'" deputy environment minister Neth Pheaktra said.

Kaavan's case had sparked global uproar from animal rights groups, who petitioned for his move from an Islamabad zoo accused of substandard care and conditions.

His cause was boosted by a spirited social media campaign by Cher, who travelled to Pakistan to see him off.

Cher had written songs pressing for Kaavan's release from grim, isolated conditions at Islamabad Zoo and she had spent the last few days with him in Pakistan.

The multi award-winning singer has been with a film crew documenting Kaavan's story and said she was proud to be part of an effort to free an elephant she said had been shackled to a shed for 17 years.

Dozens of wildlife workers and experts led by Four Paws used a winch and rope to pull the sedated elephant into the crate before he was loaded onto the Russian-built cargo plane.

Kaavan's handlers took more than 200 kg (441 lbs) of food including bananas and melons to keep him busy on his journey.