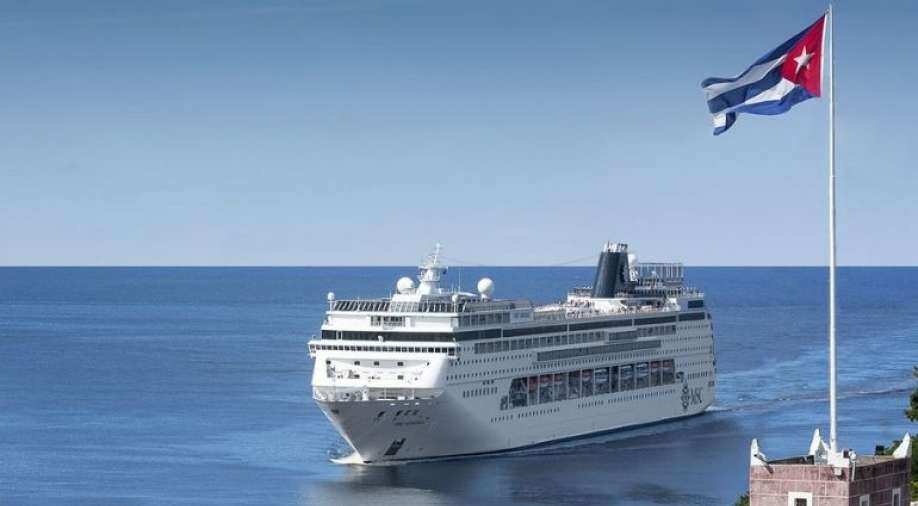 A ship by MSC Cruises can be seen along with the Cuban flag in this file photo Photograph:( Twitter )

The world's largest cruise liner is forcing Cuban crew members to work under ''slave labour'' conditions as per a new report.

The report states that the wages of these crew members are being used to fund the Communist regime.

They have been denied access to their passports by MSC Cruises and 80 per cent of their money is being handed over to the Cuban authorities.

The scathing report highlights how the government of Cuba is benefitting from exporting workers including doctors on international missions where their human rights are seriously compromised.

Meanwhile, Cuban opposition group Campaign Prisoners Defenders has claimed that the staff working on the cruise are subjected to discrimination and face exploitative conditions.

A Cuban who worked as a chambermaid on MSC cruise liners said they are forced to sign separate contracts.

“The hours were very long, I was exploited and I suffered bullying from senior members of the Cuban crew and was harassed by another staff member but I felt trapped with no one who could help me,” she added.

“Cubans on medical missions are controlled as regards who they can meet, have relations with, and where they are allowed to travel. Such rules violate basic human rights and it is up to the countries who host the missions to say enough is enough,” said Juan Pappier, senior researcher for the Americas at Human Rights Watch.

The Swiss company MSC Cruises was the first cruise line to base a ship in Cuba. Its 2,120-passenger MSC Opera takes up winter residence in Havana from December to April, in partnership with a Cuban state-owned travel firm.