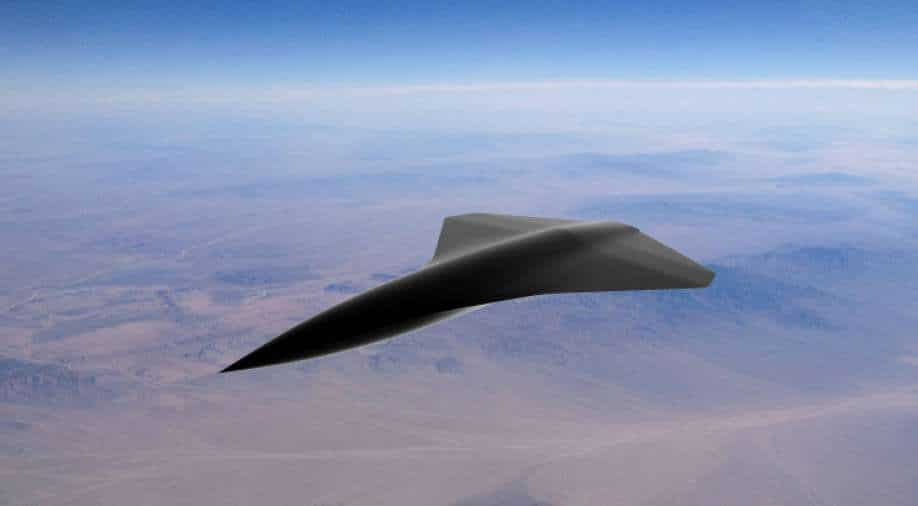 Called the 'arrow', the jet can travel faster than the speed of sound, reaching up to Mach 2.1 and it can be launched autonomously

Singapore-based Kelley Aerospace, the company behind UAV, has officially launched the world's first supersonic unmanned combat aerial vehicle (UCAV) and it is up for sale at $16 million.

Called the ''arrow'', the jet can travel faster than the speed of sound, reaching up to Mach 2.1 and it can be launched autonomously.

Kelley Aerospace chief executive Ian Lim said at its launch “UAVs are known for their persistence…loitering, [but] are never known for their speed. So, with the Arrow supersonic UAV, you will overcome the issues of speed and reach."

The UCAV is fitted with a reduced radar cross-section and infra-red signature and is designed for multiple combat or reconnaissance roles.

The drone is designed for missions "in highly contested territories" as well as to act as bait for missiles, to engage enemy fighters or jam enemy communications.

Multiple Arrows might be controlled by a piloted combat aircraft, allowing them to perform a number of missions on a battlefield. They can also be controlled remotely from ground stations.

The drones, which are made from a single shell of carbon fibre, can be flown in formations or in "drone swarms", a technique designed to overwhelm enemy air defence systems.

Kelley Aerospace, which is also developing a supersonic business jet, said it has already received more than 100 pre-orders for its latest product, which officially launched last week and costs between $9m (£6.5m) to $16m (£11.5m).