World is now more intolerant of migrants than ever before, new poll reveals 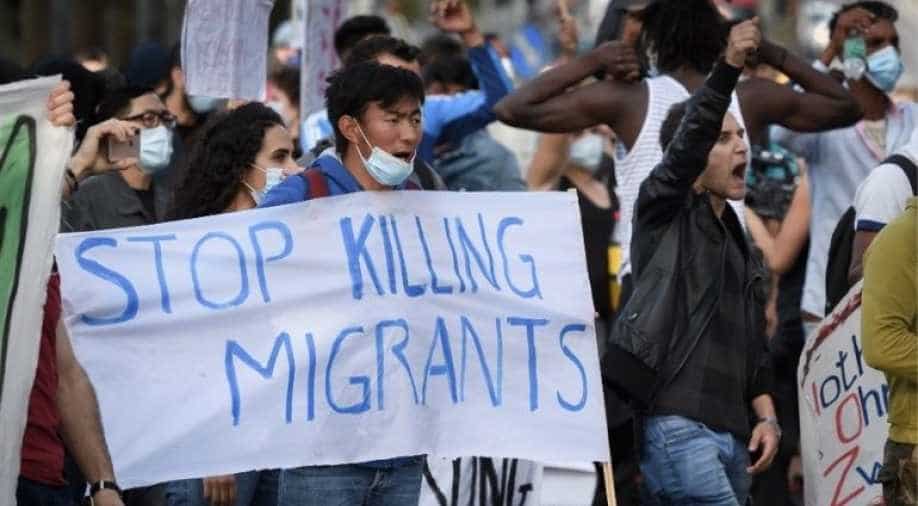 Protesters from a demonstration for migrants rights hold a banner as they wanted to join the demonstration of climate activists in front of the Swiss House of Parliament during a week of "Rise up for change" demonstrations in Bern on September 22, 2020. Photograph:( AFP )

Are we becoming more intolerant of migrants? Are our current political discourses changing people’s perception and treatment of migrants?

Are we becoming more intolerant of migrants? Are our current political discourses changing people’s perception and treatment of migrants?

According to new poll by “Gallup”, the world is now less tolerant of migrants. The poll results were divulged on Wednesday, in the wake of Europe setting ground for its asylum plan for migrants.

In terms of recent change of attitude, the sharpest changes were seen in Ecuador, Peru, and Colombia, which have received more migrants from Venezuela, where the economy has collapsed. In terms of the most welcoming countries for migrants, Canada topped the list. Following Canada were Iceland and New Zealand.

The questions were about people responding to the idea of migrants living in their country, and additionally becoming their neighbours, and/or considering the probability of marrying into their families.

The scores on the index ranged from North Macedonia’s 1.49 to Canada’s 8.46, which is almost close to the maximum possible score, which is 9!

Reuters reported that Gallup’s migrant expert Julie Ray acknowledged this shifting pattern, and said that this global fall from 5.21 in 2019, which was down from 5.34 in 2016, is a product of apparent changes in South America.

In Peru alone, people who believed migrants living in their country was a good thing dropped from 61 per cent to 29 per cent.

Also read: Lake turns into graveyard for migrants in Turkey

The first ever Gallup Migrant Acceptance Index was conducted in 2015 when over a million people left their countries for parts of Europe in a bid to flee poverty and war.

The US was at #6 on the index, just behind Sierra Leone. According to Ray, as opposed to common belief, Trump supporters were more accepting of migrants than the global average, with a score of 7.10

Taking into account the global pattern, the poll found that migrants were better accepted among younger generations, people with better education, and those who live in urban areas.