World is never going to forget me, Nashville bomber told neighbour before explosion 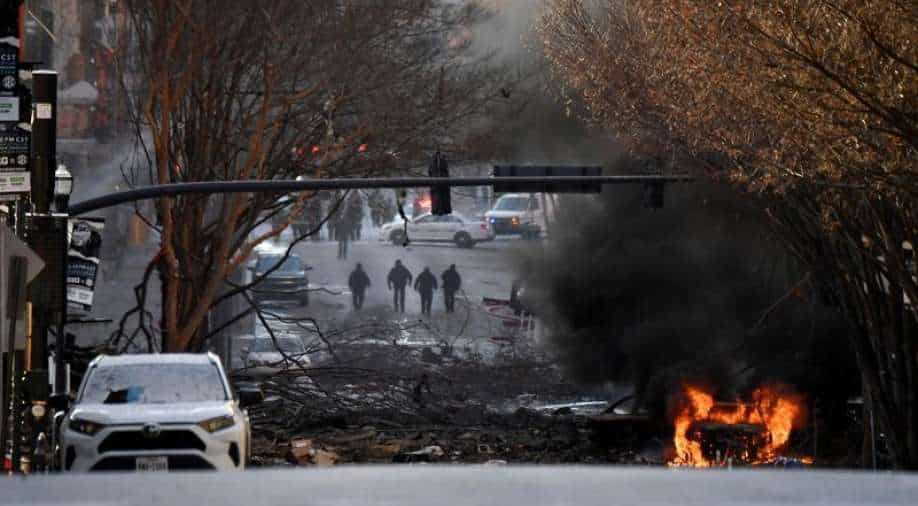 A 63-year-old man - Anthony Quinn Warner is the man reportedly responsible for the bomb blast that led to his death, injured three others, and caused damage to buildings

A 63-year-old man - Anthony Quinn Warner is the man reportedly responsible for the bomb blast that led to his death, injured three others, and caused damage to buildings. In conversation with The Associated Press, Warner's neighbour Rick Laude claimed that during a conversation with the suspect, he had once claimed that the world would never forget him. Little did he know about the sinister plans behind the fame.

On Christmas morning, a bomb detonated in downtown Nashville, at the behest of Warner. A week before the terror attack, he was speaking to Laude, and as reported by AP, he had asked Warner whether Santa was going to bring him "anything good'' for Christmas.

As claimed by Laude, he responded affirmatively, while adding that the ''world is never going to forget me''.

Laude further told AP that he did not read too much into the remark, and believed that ''something good'' was going to come his way financially while adding that ''nothing about this guy raised any red flags''.

Currently, investigators are analysing Warner's belongings to ascertain the motive behind the bombing. They have found a computer, a hard drive, and are currently interviewing witnesses to understand why he did what he did.

According to officials, a review of transactions revealed that potential bomb-making paraphernalia was bought by him.

The parked motor home exploded in downtown Nashville at dawn on Friday morning, blasted minutes after a recorded announcement emanating from the vehicle warned of a bomb.

Police have hence concluded it was an "intentional act" that injured at least three people.

The powerful explosion shattered windows and ripped apart trees, wounding several people when it detonated at 6:30 am in a section of the southern US city that was largely deserted due the early hour and the Christmas Day holiday.

In a dramatic sequence of events that shattered the Christmas morning calm, police rushed to the area after getting reports of gunshots and noticed the vehicle as they arrived on the scene.

A recorded message playing from the motorhome warned that a bomb would detonate within 15 minutes - enough time for a bomb squad to clear the area before the explosion, Drake and police spokesman Don Aaron told reporters earlier Friday.

Witnesses told the Tennessean newspaper the warning, spoken in a woman's voice, counted down to the blast.